Queen of hearts: Poll reveals most popular member of the royal family 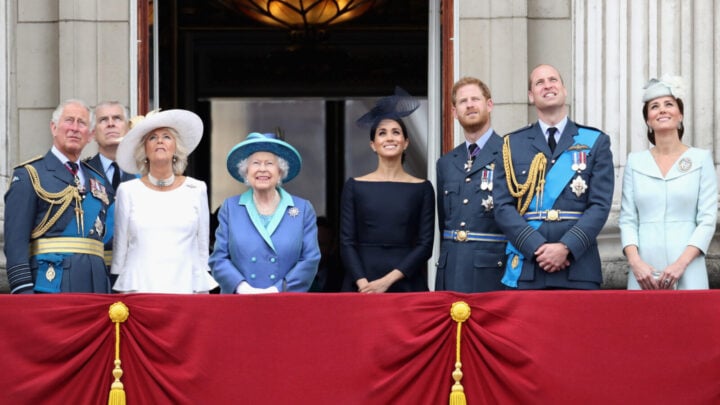 It’s been a tough year for most of us, due to the ongoing global health crisis and the impact it has had on the economy, not to mention our day-to-day lives, but the British royal family have also had some other highly-publicised hurdles to overcome, including the Duke and Duchess of Sussex’s departure from the firm and Prince Andrew’s friendship with the late Jeffrey Epstein.

However it seems, despite the troubles this year has thrown their way, the British royals still hold a place in the hearts of the public. A new poll conducted by UK think tank YouGov has confirmed which member of the family reigns supreme when it comes to pubic opinion – and who has fallen out of favour.

Her Majesty the Queen came out on top in the YouGov Royal Favourability tracker, with the monarch’s popularity actually rising by 2 points since March. This is particularly impressive given the fact that the Queen has largely remained out of the spotlight this year due to the health risks associated with Covid-19.

An overwhelming majority of British adults (83 per cent) hold a positive view of Queen Elizabeth, with just 12 holding a negative view. This gives the Queen a net score of 71. And it seems her popularity is more prominent among older Brits, with her net score rising to 88 when considering only the opinions of those over 65, compared to just 45 among adults aged 18 to 24.

Prince William emerged as the second most popular member of the family, with 80 per cent of respondents holding a positive opinion of the future king, compared to just 15 per cent who view him negatively. This gives the Duke of Cambridge an overall score of 65, while his with the Duchess of Cambridge came in third with a score of 62.

Catherine’s score rose slightly from 57 in March, with 76 per cent of respondents saying they have a positive view of the duchess, while 14 per cent view her negatively.

It wasn’t quite as good news for the rest of the family though, with the Prince Charles, the Duchess of Cornwall and Prince Andrew all slipping in public favour since March. However the Duke of Edinburgh, who retired from public life in 2017, saw a 3-point rise over the past six months, landing a score of 28. The Duke and Duchess of Sussex also took a big hit, following a dramatic year for the couple who now reside in California, USA.

Public opinion of Prince Harry was split with 48 per cent having a positive impression and 47 per cent negative, leaving him with a net score of 1. This is a 19-point drop from March. While his wife Meghan fell 18 points and secured a net favourability score of -26, making her the second least popular member of the family.

Despite the fact he is next in line to the throne, the Prince of Wales’ score dropped 7 points from March to a score of 24, with 59 per cent of the population having a positive opinion of him and 35 per cent a negative opinion. While the Duchess of Cornwall split public opinion, with 44 per cent viewing her positively and 43 per cent negatively, giving her a net score of 1.

And, perhaps unsurprisingly, Prince Andrew remains the least well-regarded member of British royalty, with almost a year having passed since he stepped back from his royal duties amid the ongoing criminal investigation into his late friend Jeffrey Epstein. His score was -73.