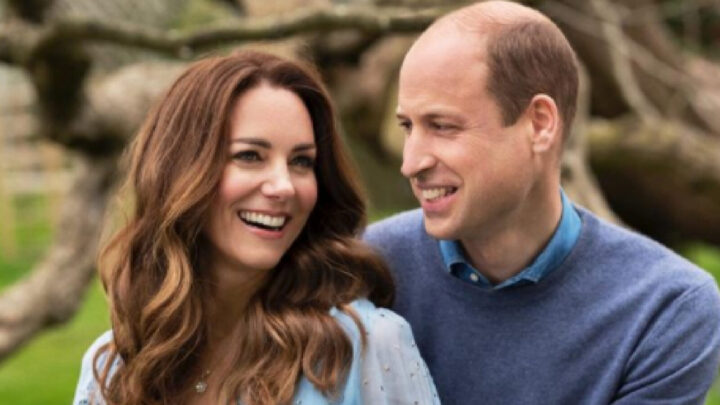 The couple tied the knot in 2011 at Westminster Abbey. Source: Kensington Palace/Instagram

It seems just like yesterday the world was tuning in to watch the wedding of Prince William and Catherine Middleton. Now, the Duke and Duchess of Cambridge have released two new portraits ahead of their 10th wedding anniversary on Thursday, April 29.

In the first picture, William can be seen affectionately smiling at his beautiful wife. In a rare public display of affection, the pair were snapped holding hands. The image, which was posted to the couple’s official Instagram account Kensington Palace, was simply captioned, “10 years”.

The royal couple looked very much in love in the second pic, which showed Catherine cuddling up to William as he smiled widely at the camera. William and Catherine were perfectly co-ordinated for the occasion, with the duchess donning a blue mixed-print dress, and William sporting a blue shirt and sweater.

Fans of William and Catherine’s were quick to congratulate the couple on their milestone anniversary, with one writing: “The best couple! I remember waking up early as a child to watch the prince and princess’ wedding! 10 years later they are still very much in love!”

Another added: “Beautiful! Happy anniversary! A fairytale marriage just like your lovely grandparents, Prince William.” While a third wrote: “Happy tenth anniversary to my all time favourite couple since childhood, I love you William and Catherine.”

The pair, who met at St Andrews University in Scotland, tied the knot in 2011 at Westminster Abbey. Two years after marrying, William and Catherine welcomed their first child Prince George, followed by their daughter, Princess Charlotte, in 2015, and Prince Louis in 2018.

Louis recently celebrated his third birthday. As is tradition for the Cambridges, the royal couple shared a new image of the little prince for mark the occasion. In the image, Louis sported a big, cheeky smile as he posed on a bike, backpack in tow.

“Three tomorrow!” Kensington Palace captioned the post at the time. “Taken earlier this week by the Duchess before he left for his first day of nursery, the Duke and Duchess are pleased to share a new image of Prince Louis.”

Are you a fan of the Duke and Duchess of Cambridge? Which anniversary are you celebrating this year?