The big Royal reading list: The 70 books fit for a Queen 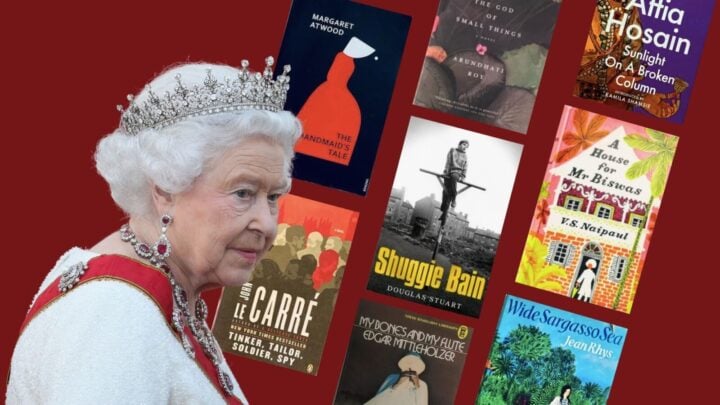 Book club groups across the Commonwealth, it’s time to round up your members for the Big Jubilee Read list has been released.

As part of the Queen’s Platinum Jubilee celebrations, an expert group of panellists involving librarians, academics and booksellers from across the UK went on a five-month-long quest in search of seven decades worth of literary masterpieces from across the Commonwealth to mark every year of Queen Elizabeth II’s reign.

With hundreds of titles submitted by readers, the Big Jubilee Read includes “brilliant, beautiful and thrilling writing” in the form of novels, short stories, and poetry.

“We want this list to be the start of a national conversation about great reads,” said Debbie Hicks, creative director of The Reading Agency, the charity that joined the BBC Arts to create the reading list.

According to The Times the reading list’s aim “was not to provide the monarch with book ideas but stir a debate that will lure readers into bookshops and libraries across the Commonwealth.”

However, the selection was not without heated discussion.

As reported by The Guardian controversy arose over the omission of popular books like JK Rowling’s Harry Potter series and JRR Tolkien’s The Lord of the Rings.

Arguably one of the most successful British novels written in the past two decades, Susheila Nasta, emeritus professor of modern literature at Queen Mary and Westfield University says that while there was a “big discussion” about Rowling’s work the panel, in the end, decided that Harry Potter and the Philosopher’s Stone “was primarily a children’s book”.

“In terms of the space over that decade, which was the 90s when more and more books were coming out across the Commonwealth, it was decided to make space for a book that was good and equally well received,” she said.

The selection also included well-known books that have turned into film or television adaptations like Anthony Burgess’s A Clockwork Orange, Michael Ondaatje’s The English Patient, McCullough’s The Thorn Birds and Yann Martel’s Life of Pi.

The final list has been sent to Buckingham Palace for the Queen’s perusal, and while it’s likely Her Majesty will be pleased to see so many Commonwealth authors, The Times suggested the Royal’s own personal reading taste may have been overlooked by the panel.

The publication reports that the Monarch is known to have a great love for classic English literature, with her favourite reading material to be reportedly racing novels by Dick Francis, a former champion jockey.

However, according to Suzy Klein, the head of arts and classical music TV at the BBC, the Big Jubilee Read is “a real opportunity to discover stories from across continents and taking us through the decades, books that we might never have otherwise read, and reading authors whose work deserves a spotlight to be shone on it.”

The 70 selected books are all varied in themes and styles, just like the Commonwealth itself. And while there are those who may argue that specific titles should be on the list, The Big Jubilee Read still offers an abundance of superb stories fit for Queen and country.

Did any of your favourite titles make the list? What are your book recommendations?