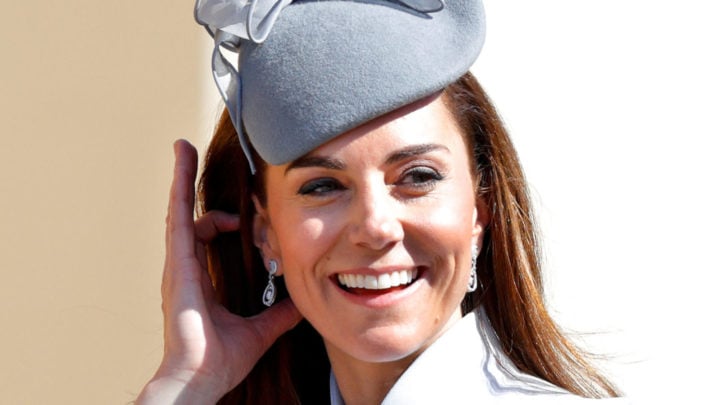 The Duchess of Cambridge was among those who attended the church service at St George's Chapel. Source: Getty.

It’s not often we get to see the entire royal family out together, but every Easter the Queen – as head of the Church of England – and her family come together to mark the religious holiday and attend a church service at Windsor Castle.

This year Her Majesty was joined by many of her children and grandchildren – including the Duke and Duchess of Cambridge, the Duke of Sussex, the Duke of York and his eldest daughter Princess Beatrice.

Catherine looked stunning for the special occasion as the mother-of-three stepped out wearing an elegant shade of powder blue from head to toe. Wearing her hair loose in curls, in what has become her signature style, the duchess completed her look with a matching fascinator and the same diamond earrings she wore on her wedding day in 2011.

The duchess’ outfit was recycled as she previously wore the Alexander McQueen coat to attend an Easter service in Sydney during a tour of Australia and New Zealand with her husband Prince William in 2014. 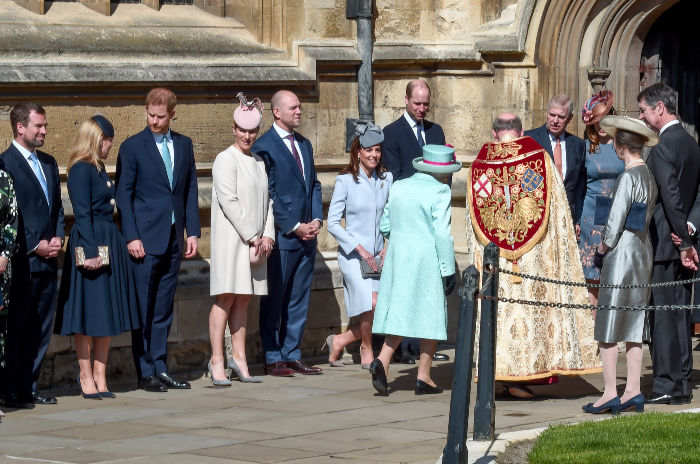 However the Queen’s other children, Prince Andrew, Prince Edward and the Princess Royal, were all in attendance, as well as Edward’s wife the Countess of Sussex and Princess Anne’s husband Timothy Laurence.

The church service also coincided with the monarch’s birthday as Queen Elizabeth celebrated turning 93 on Sunday.

Born on April 21st, 1926, the Queen tends to celebrate her actual birthday privately, preferring to publicly mark the occasion of turning another year older on her ‘official birthday’ in June.

Heir to the throne, the Prince of Wales and his wife of 14 years the Duchess of Cornwall posted a series of images of the pair and the monarch over the years, including one of the Queen as a young woman holding one of her beloved Corgi pups in her arms.

While the Duke and Duchess of Sussex posted a more personal message alongside several photos, including one from Meghan’s first solo engagement with the Queen in June 2018.

What do you think of Catherine’s outfit? Do you like to see the royal family spending time together?