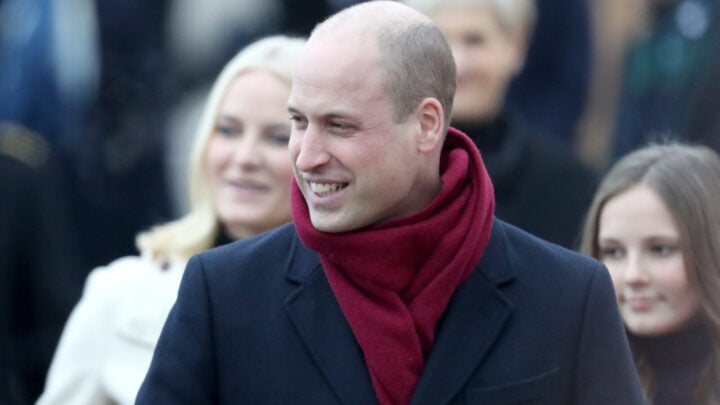 Prince William has gotten his first dose of the Covid-19 jab, but royal fans are getting pretty excited about something else. Source: Getty

Prince William has left royal fans swooning after the palace shared a photo of the future king receiving his first Covid-19 jab.

In the new pic, which was shared to the Cambridge’s official Instagram page on Thursday, William is seen sitting up straight in his chair as nurse gives him the vaccination. However, there’s one small detail that’s got fans all over the world excited — his bulging bicep.

“On Tuesday I received my first dose of the Covid-19 vaccine,” William captioned the photo. “To all those working on the vaccine rollout – thank you for everything you’ve done and continue to do.”

It didn’t take long before the photo blew up on social media, with people commenting on his impressive “guns”.

One person cheekily wrote, “Wasn’t expecting a gun show this early but happy I got an invite.” Another joked, “No wonder The Duchess of Cambridge looks always so happy”. While a third wrote, “Suns out, guns out, hubba hubba!”

The post had garnered more than 4,000 comments at the time of publishing, the majority of them gushing over the prince’s royally ripped muscles.

The photo even made headlines on national television, with Sarah Harris from Studio 10 jokingly saying, “You’ve got to have a fair bit of upper-body strength to carry that family”.

Harris host was no doubt making reference to William’s brother Harry, who’s caused quite the scene after officially stepping down from royal duties last year. He’s spoken out about royal life several times since then, most recently on his new mental health series, The Me You Can’t See, with Oprah Winfrey, where he criticised royal life and aired fears his wife Meghan could face a similar fate to his later mother, Princess Diana.

“History was repeating itself,” he told Winfrey on episode three of the series, People magazine reports. “My mother was chased to her death while she was in a relationship with someone who wasn’t white and now look what’s happened. You want to talk about history repeating itself? They won’t stop until she dies.

“It’s incredibly triggering to potentially lose another woman in my life. Like, the list is growing and it all comes back to the same people, the same business model, the same industry.”

Harry was making reference to his mother’s boyfriend, Dodi Fayed, who was Egyptian, who was also killed in the crash that took Diana’s life in 1997.