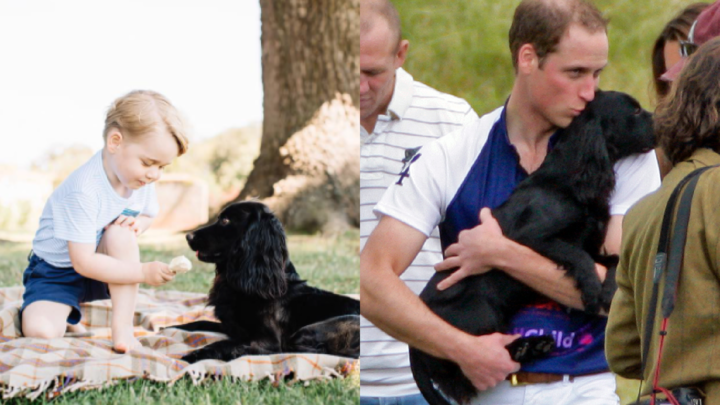 The Duke and Duchess of Cambridge have announced their beloved family dog, Lupo, has passed away. He was nine years old.

Taking to Instagram on Sunday, Prince William and Catherine shared a heartbreaking tribute to their “dear dog”. “Very sadly last weekend our dear dog, Lupo, passed away,” they wrote alongside a gorgeous picture of Lupo.

“He has been at the heart of our family for the past nine years and we will miss him so much — W & C.”

Fans were quick to show their support for the family, with one writing: “I’m so sorry. I’m sure this is hard for all of you, especially the children.”

Another added: “Oh I remember when Lupo was a pup! Those furry family members mean so much and I’m so sad to hear of your loss.” While a third wrote: “So sorry. Losing a beloved family dog is so hard for all. Remember the beautiful life you gave him, and in term he gave you.”

Lupo, an English Cocker Spaniel, was given to the couple by Catherine’s parents Carole and Michael back in 2011. According to multiple reports, the couple originally decided to adopt Lupo to keep Catherine company while William served as an RAF pilot in the early months of their marriage.

Lupo, which means wolf in Italian, is also credited with choosing Prince George’s name. William and Catherine reportedly wrote a bunch of names on paper and scattered them across the floor. Lupo stopped when he reached the name ‘George’.

The canine has been a big part of the family’s life for nine years, often appearing in family snaps. Here, Lupo is pictured with Prince George on the young royal’s 3rd birthday back in 2016.

Catherine’s brother James, who owns five dogs himself, also paid tribute to the canine, writing on Instagram: “It is with great sadness that Lupo, the beloved dog of my sister Catherine and her family has passed away. Lupo was the son of Ella, brother to Zulu, Inka & Luna. He was 9 years old.

“There isn’t much of a rule book on how to grieve for a dog, but I’ve said a prayer, lit a candle and taken Ella (Mum) for a long walk to spend time remembering Lupo.

“Rest in peace Lupo. Tilly & Mini will be waiting for you. You will always be remembered and your legacy will live on forever. Good Boy.”

Have you experienced the death of a beloved pet?