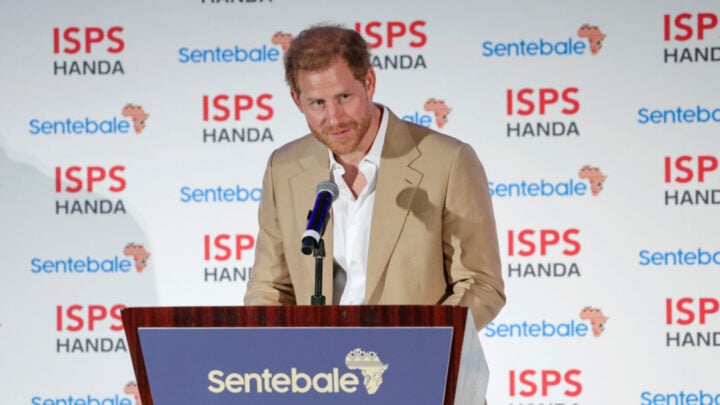 Harry discussed the special connection his charity has to his late mother. Source: Getty Images.

As the 25th anniversary of Princess Diana’s death approaches, Prince Harry has reflected on her legacy while revealing how he plans to honour his late mother.

Following a charity polo match at Sentebale Polo Club in Colorado on Thursday, August 25, Harry addressed the crowd where he revealed that he wants the anniversary of Princess Diana’s death to be “a day filled with memories of her incredible work and love for the way that she did it”.

“My dear friend Prince Seeiso and I founded Sentebale 16 years ago in honour of our mothers, with a mission to support many of the most vulnerable young people on the planet, and to give them care and help so they can thrive,” he said.

“Next week is the 25th anniversary of my mother’s death, and she most certainly will never be forgotten.

“I want it to be a day to share the spirit of my mum with my family, with my children, who I wish could have met her.

Following in the footsteps of his mother who was known for her charitable efforts, Harry founded the charity Sentebale in 2006 alongside Prince Seeiso to provide support to children impacted by poverty and HIV/AIDS while the annual Sentebale Polo Cup raises money for the charity’s endeavours.

Harry went on to discuss the special connection the charity has to his late mother.

“In Sesotho, the language of the Basotho, the word ‘sentebale’ means ‘forget-me-not’,” he said.

“I hope we can remember my mother’s legacy by recommitting to those that we serve, whoever and wherever they may be.”

Both Prince Harry and Prince William recently honoured their late mother and reflected on her life in heartwarming messages delivered during the Diana Award ceremony on July 1, on what would have been Princess Diana’s 61st birthday

Established in memory of the Princess of Wales, the Diana Award recognises young people who have demonstrated “their ability to inspire and mobilise their own generation to serve their communities through campaigning, volunteering, fundraising, fighting injustice or overcoming extreme life challenges”, according to a statement from the charity.

Prince William released a statement to honour this year’s recipients, telling award winners that they “are part of an inspirational generation of young people who are changing the world through your actions.”

“I hugely admire your efforts,” he wrote.

“Your stories are remarkable. Many of you face huge challenges in the face of difficult times, yet you are tirelessly breaking down barriers to create a better future for us all.

“Thank you for your compassion, bravery and absolute determination. You truly are the personification of my mother’s legacy and I know she would be so proud of you all. I believe there’s no better way to celebrate her life and work than through recognising incredible people who dedicate so much time and effort to helping those around them.

“I hope that you stand proud in the knowledge that you are making a real difference and that you enjoy today’s ceremony — you deserve it!”

HRH The Duke of Cambridge shares his congratulations through a message of support to The 2022 Diana Award recipients:
Read it here: https://t.co/gxGckE5RhO #2022DianaAwards pic.twitter.com/qcoUACFAy4

Prince Harry delivered a speech to the recipients during the virtual ceremony via zoom where he spoke of his late mother’s “drive to speak up and fight for a better world”.

“There isn’t a day during the past two and half decades where I haven’t thought about the mark left not only on me and my brother, but on all of our lives,” he said.

“My mother instilled in me, and in all of us, a drive to speak up and fight for a better world. And now, as a husband and a parent, my mother’s voice is even stronger in my life.

“All of you have kept her voice alive by showing the world how each small action counts, how kindness is still valued and how our world can be better if we choose to make it so.”

Princess Diana tragically passed away after succumbing to injuries she sustained in a car crash in Paris on August 31, 1997, she was 36 years old.