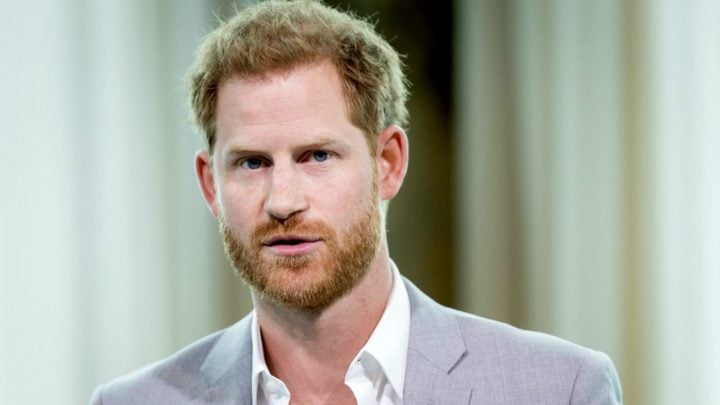 Prince Harry launched his first major project since stepping back as a senior royal. Source: Getty.

Prince Harry and Meghan Markle officially started their non-royal lives at the beginning of this month, and it seems the couple has wasted no time getting back to work. On Monday, Harry launched his first major project since stepping back as a senior royal, and it couldn’t be more fitting.

Harry, who served in the British Army for 10 years, has launched an online platform, called HeadFIT for Life — which was three years in the making — that offers an array of tools to help military personnel with their mental health.

“HeadFIT has been almost three years in the making, and I am extremely grateful for everyone who has been on this journey with us,” the prince said. “Everyone who has worked on it, to create what we have today, should be incredibly proud and excited for the impact it will have.

“I’ve long believed the military community should lead the way for the rest of society. For too long we have been waiting for problems to arise and then reacting to them. HeadFIT is a proactive approach to mental fitness, focusing on our own potential to increase our performance, using proven methods in sport science.”

Prince Harry continued: “This is about optimisation of self. This is about being the best you can be. This is about gaining an advantage, whether facing an opponent or overcoming a challenging situation. This is about building resilience that will match that of most world-class athletes and prepare you for everyday stress. To be HeadFIT, is to be at your peak performance”

HeadFIT is one of the first major projects Harry has launched since officially calling it quits. While the Duchess of Sussex’s first gig post-royalty is narrating Disney+ film Elephant, which follows a herd of African elephants as they set out on an eight-month trek across the Kalahari Desert. Her fee for the project will be donated to the Elephants Without Borders charity — an organisation dedicated to conserving wildlife and helping protect the animals from poaching.

It comes just weeks after the Sussexes’ exit from the senior ranks of the British royal family was finalised, with the couple ceasing to be recognised as senior members of the firm from April 1, meaning they will no longer use their HRH titles or be called upon to carry out duties on behalf of Her Majesty the Queen.