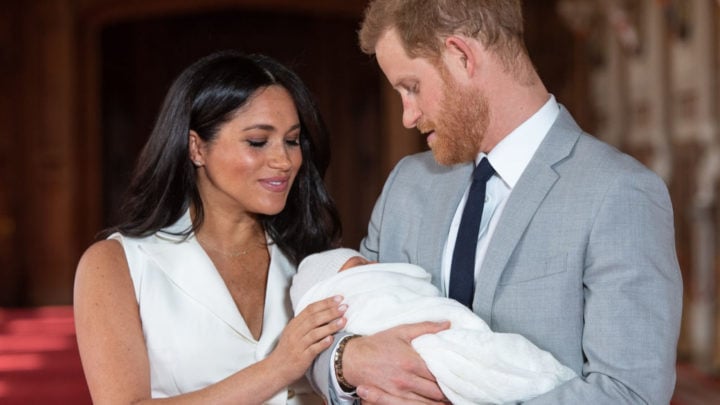 The couple recently relocated to LA, having finalised their exit from the senior ranks of the royal family. Source: Getty.

Prince Harry and wife Meghan may no longer be senior members of the royal family, however that hasn’t halted their ambitions and details of the couple’s plans to launch their own not-for-profit organisation in the near future have now been revealed.

The couple, who recently relocated to Los Angeles with their young son Archie Harrison Mountbatten-Windsor, are said to be in the process of creating their own organisation which they want “to do something of meaning”, according to British publication The Daily Telegraph, who first reported the news.

“Like you, our focus is on supporting efforts to tackle the global COVID-19 pandemic but faced with this information coming to light, we felt compelled to share the story of how this came to be,” they said in a statement, supplied to the newspaper.

Their latest project also includes a sweet nod to Harry and Meghan’s only child as it will reportedly operate under the name ‘Archewell’, derived from the Greek word Arche which means “source of action” and was reportedly the inspiration behind the name of their 11-month-old baby boy.

The statement continued: “Archewell is a name that combines an ancient word for strength and action, and another that evokes the deep resources we each must draw upon. We look forward to launching Archewell when the time is right.”

The project will replace their Sussex Royal Foundation, which was sidelined after Harry’s grandmother Queen Elizabeth II reportedly banned the couple from using the word “royal” to market themselves. It will include their own charity, volunteering service and wide-ranging website, according to The Telegraph, who obtained copies of paperwork filed by the couple in the United States last month, ahead of their official date of departure from the royal family.

It comes just one week after the Sussexes’ exit from the senior ranks of the British royal family was finalised, with the couple ceasing to be recognised as senior members of the firm from April 1, meaning they will no longer use their HRH titles or be called upon to carry out duties on behalf of Her Majesty the Queen.

The couple, who will celebrate their second wedding anniversary next month, marked their departure with a poignant post on their Sussex Royal Instagram page, in which they thanked their followers for their “support, inspiration and shared commitment to the good in the world”.

“As we can all feel, the world at this moment seems extraordinarily fragile. Yet we are confident that every human being has the potential and opportunity to make a difference—as seen now across the globe, in our families, our communities and those on the front line—together we can lift each other up to realise the fullness of that promise,” the couple wrote.

“What’s most important right now is the health and wellbeing of everyone across the globe and finding solutions for the many issues that have presented themselves as a result of this pandemic. As we all find the part we are to play in this global shift and changing of habits, we are focusing this new chapter to understand how we can best contribute.”

Do you think Harry and Meghan's new venture will be a success?