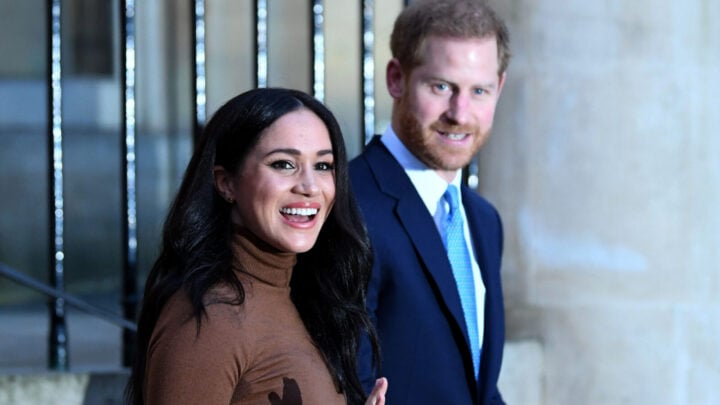 After a year-long trial period, Prince Harry and Meghan have officially called it quits from royal life. Source: Getty.

Prince Harry and Meghan have officially separated from the British royal family, but the pair have sparked a strong reaction from royal fans following their departing statement.

On Friday, Buckingham Palace confirmed that Harry and Meghan will not be returning to royal duties and that they would be effectively stripped of their remaining royal patronages.

“The Duke and Duchess of Sussex have confirmed to Her Majesty the Queen that they will not be returning as working members of the royal family,” the palace statement said, The Scottish Sun reports.

“Following conversations with the Duke, the Queen has written confirming that in stepping away from the work of the royal family it is not possible to continue with the responsibilities and duties that come with a life of public service.

“The honorary military appointments and Royal patronages held by The Duke and Duchess will therefore be returned to Her Majesty, before being redistributed among working members of The Royal Family.

“While all are saddened by their decision, The Duke and Duchess remain much-loved members of the family.”

In response, Harry and Meghan, who now live in California with their one-year-old son Archie, released a statement of their own via a spokesperson. “As evidenced by their work over the past year, the Duke and Duchess of Sussex remain committed to their duty and service to the UK and around the world, and have offered their continued support to the organisations they have represented regardless of official role,” the statement read. “We can all live a life of service. Service is universal.”

Harry and Meghan’s departing statement didn’t sit well with some royal fans, who claimed it was an unnecessary dig at the British royal family. Twitter user @VHRoyalist, wrote, “I think that the petulant statement put out by Harry and Meghan last week will help the Royal Family in regards to the Oprah interview. They have shown their pettiness, so any secrets revealed or digs at the Royal Family will just reinforce this. They played their hand too early.”

And @markj_57 added, “The bit about ‘service is universal’ is just the sort of vacuous BS we’ve come to expect from them. They clearly don’t understand the difference between selfless public service and self-interested service. There, said it.”

While @Hartley112 said the pair should’ve “bowed out gracefully”, adding, “Their statement [about] service smacked of arrogance and defiance imo [in my opinion] and is quite disgraceful.”

However, others backed Harry and Meghan’s response, with @jessinateacup tweeting, “Do you know what? Meghan and Harry look happier than every other member of the Royal Family combined. They are the winners here.”

What do you think of Meghan and Harry's departing statement?