‘A lesson in being royal’: Prince Charles praised for amazing work ethic in doco 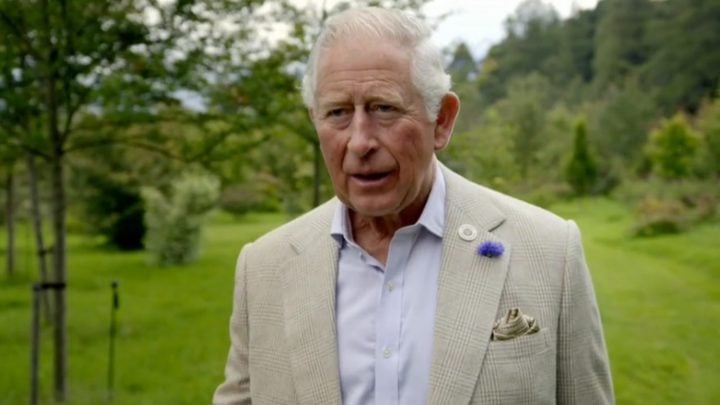 Prince Charles was inundated with praise for his work ethic on the documentary. Source: ITV/Prince Charles: Inside The Duchy Of Cornwall.

Prince Charles’ new documentary has been hailed a “lesson in being royal”, as viewers praise his work ethic and say the show was a fresh change after his son Prince Harry and Meghan’s more personal TV documentary recently.

New two-part ITV program Prince Charles: Inside The Duchy Of Cornwall, which first aired in the UK on Thursday night, focuses heavily on the heir to the throne’s dedicated work within his £1 billion (AU$1.8B) estate. Meeting families living there, the crew hear how the prince takes a hands-on approach to his work and is incredibly down to earth whenever he meets them.

It was a sharp contrast to Prince Harry and Meghan’s recent documentary on their visit to Africa. While many people praised the couple for their deeply honest admissions on how they’ve struggled in the limelight amid negative press over the last year, many have now claimed it should instead have focused on their work like Charles’ show – with the Prince of Wales barely speaking about his personal life at all.

“Dear Duke & Duchess of Sussex – a ‘How to’ guide for you both. A documentary about his WORK, not HIM. A lesson in being a Royal. Take note #InsidetheDuchy,” one person commented, while another added: “I don’t live in uk but catched (sic) on the the last half hour of it and it’s fascinating, all the farmers and all the working they do is fabulous.”

Meanwhile one person wrote on Twitter: “Thoroughly enjoying #InsidetheDuchy this evening – fascinating to hear about the balance between business and community, modernising and tradition. I do love Prince Charles and his work,” and one wrote: “What a great program and what a wonderful man Prince Charles is. He’s done so much with his life. Helped so many people. Harry should take note.”

The show saw a series of tenant farmers speak about the prince’s dedication to his work and the land, with one saying: “He has no airs or graces, he’s one of us. A lot of people don’t know that other side of him, I believe.” In fact, Charles himself reportedly says on camera: “The connection between my family and their family is the most important thing.”

Meanwhile, he adds elsewhere: “I feel that it’s absolutely essential to provide opportunities for young people and those who are really keen, to provide them with a farm and a unit that is possible for them to start on. What we do with the younger ones is try to select the, the applicants very carefully, the ones with the best chance, people who, who have a real sense of enthusiasm and energy and good ideas.”

Sounds like Prince Charles's introduction to running The Duchy was a little more challenging than Prince William's will be… #InsideTheDuchy pic.twitter.com/3935rGVgbt

Meanwhile, the second episode of the two-part series will focus on how Charles’ eldest son Prince William has begun to take after his father and take an interest in the duchy – something the prince admits in a teaser clip almost reduced him to tears.

“When I saw it, I couldn’t believe it, I was deeply touched and moved by what he said,” Charles says in the teaser video. “It practically reduced me to tears. Because I suddenly thought, well, just hearing that from him, has made the last 50 years worthwhile.”

In more footage to come, Prince Charles is also heard explaining how much luckier he believes William is to have had more time to get to know the duchy and the role. In comparison, he admitted his own experience was like a “baptism of fire”.

Do you think the royals should focus more on their work over their personal lives when it comes to TV appearances?