Prince Andrew: how the royal family brand will weather the scandal 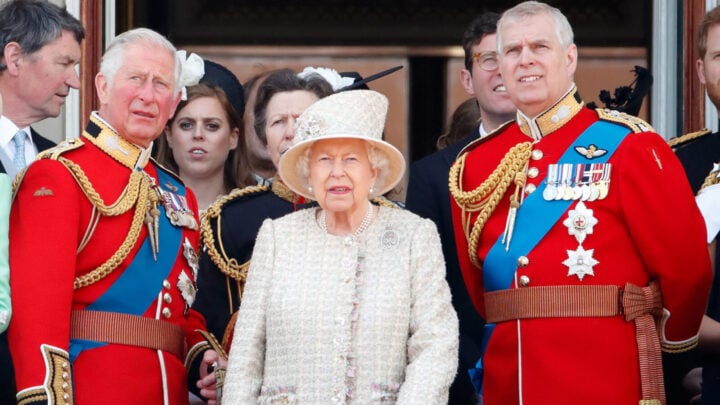 Prince Charles, Prince of Wales, Queen Elizabeth II and Prince Andrew, Duke of York watch a flypast from the balcony of Buckingham Palace during Trooping The Colour, the Queen's annual birthday parade, on June 8, 2019 in London, England. (Photo by Max Mumby/Indigo/Getty Images)

Prince Andrew’s life in the public eye has long been rife with scandal, escalating with the sexual assault case against him heading to trial in the US. To be sure, the developments and details will likely cause emotional pain to Andrew’s family and his accuser, but the current scandal also risks badly tainting public perception of the royal brand.

The British royal family is a corporate brand that requires the public’s support to ensure its survival – Prince Philip even referred to it as “The Firm”. In our era of consumer culture, this means the monarchy must bring something of value to its people, such as a sense of security and celebration of British traditions.

To understand how negative press about the Duke of York fits into centuries of brand history, we must first understand brand architecture – specifically, the difference between a house of brands and a branded house. The former (for example, Unilever, which acts as the parent brand to Dove and Lynx) lets its brands develop their own identity unconnected to the parent brand. The royal family, in contrast, is a branded house. Each of its sub-brands (the individuals who make up the royal family, Andrew included) reflects the values and identity of the parent brand.

The royal title of HRH (His/Her Royal Highness) is particularly indicative of the obligation to endorse “royal” values. This is, of course, where Andrew has failed miserably. In forbidding Andrew to use this title, along with stripping him of his patronages and military titles, the royal family is trying hard to distance itself strategically from Andrew –- and appease the public by appearing to punish him for his conduct.

In the future, we can expect that Andrew will be marginalised in any official celebrations and that he will not perform any future duties on behalf of the brand. Naturally, he is still the Queen’s son – and this relationship cannot be undone. He is therefore likely to be positioned as her wayward son in ways that may win more support for the Queen from her public. The main strategic response we can expect from Buckingham Palace is to emphasise the positives around the monarchy to suppress the more negative aspects of the Andrew scandal.

The Queen is hugely popular, so the palace is likely to make much of the upcoming Platinum Jubilee celebrations to emphasise the benefits of the monarchy –- its longevity, British heritage and so forth. We can also more expect positive news stories about Prince William, Kate and family in order to assure the public of the monarchy’s safe and virtuous future.

The royal family has weathered many trials and tribulations in the past century with little long-term impact. From Queen Victoria’s philandering son, Bertie, who went on to be the respected Edward VII to Andrew’s ex-wife Sarah Ferguson’s toe-sucking incident with her lover.

Perhaps the biggest threat was Edward VIII’s abdication in 1936 to marry a twice-divorced American, Wallis Simpson, less than a year after he had acceded to the throne. This was an enormous scandal at the time because the Church of England forbade the King to marry a divorcée. In addition, Edward was known to have Nazi and fascist sympathies. This case is illustrative of the extreme lengths that can be taken to save the reputation of the monarchy – Edward and Wallis spent the rest of their lives in exile and had little contact with other royals. Indeed, to this day, the Queen no longer confers the title Duke of Windsor to avoid any ongoing negative associations with the scandal.

With other scandals, such as the tapes of Charles and Diana’s telephone conversations with their lovers, the palace policy has been to say little and allow it to be superseded by more newsworthy events. This is the type of approach they are likely to take with Andrew. But it will not necessarily prove successful, as often there are other factors that the palace cannot control.

In the cases of Charles, the scandal of his affair with Camilla has had a lasting negative effect on public perceptions of his image. Netflix’s series The Crown has also recently brought an unfavourable portrayal of this back into the public eye. Conversely, the same programme has given viewers a better understanding of the Queen and her sacrifices on behalf of the crown.

For this reason, the future of the monarchy is unlikely to be threatened in any major way by the Andrew scandal while the Queen remains at its helm. Should Charles accede to the throne, however, the picture could change quite dramatically if the Andrew scandal is prolonged. The British public are unlikely to feel nearly so much sympathy for him as they do the Queen. In any case, there will be a lot of pressure for Andrew to reach a settlement so that this scandal can start to be buried by the palace PR machine.

This article is by Pauline Maclaran, Professor of Marketing & Consumer Research, Royal Holloway University of London

How do you think the Prince Andrew scandal will affect the monarchy?