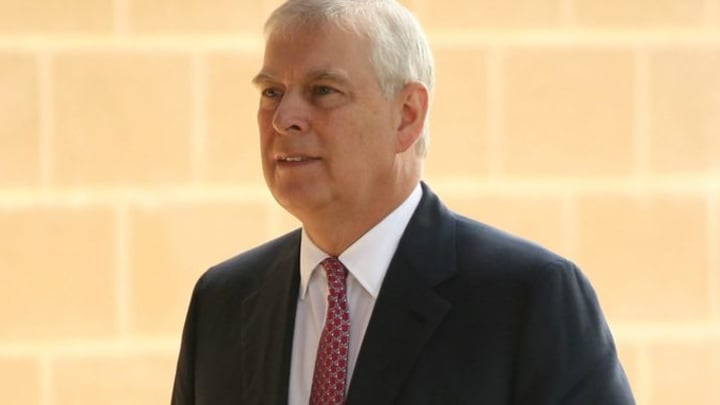 Prince Andrew, pictured in Perth in October 2019, as he promoted his [email protected] project to Australian universities. Source: Getty

Prince Andrew has announced that he will step back from royal duties “for the foreseeable future”, as the furore continues over his friendship with US sex offender Jeffrey Epstein.

The move, which the BBC’s royal correspondent called unprecedented, comes as the prince faces fierce criticism over an interview he gave at the weekend to the BBC’s Newsnight program. He told interviewer Emily Maitlis that he didn’t regret his friendship with Epstein because the wealthy financier had taught him much about business.

In a statement, Prince Andrew said that in the days since his Newsnight interview, it had become clear to him that his association with Epstein, whom he last saw in 2010, had become a major distraction to the royal family’s work and that of the charities and organisations he supported.

BBC royal correspondent Jonny Dymond said that the prince’s decision to step back from public duties was “pretty much without precedent in modern times”.

“[The Newsnight interview] more than just bad publicity for Prince Andrew, it was clearly damaging the wider institution of the royal family,” Dymond added.

Prince Andrew has been previously  blasted for appearing to fail to understand the gravity of Epstein’s offences. He has admitted that he “let the side down” by staying in Epstein’s home in 2010, but denied claims by one of Epstein’s underage victims that she was forced to have sex with the prince.

Maitlis raised the allegations made against the prince in their interview.

“One of Epstein’s accusers Virginia Roberts has made allegations against you,” Maitlis said. “She says she met you in 2001. She says you dined with you, danced with you at Tramp nightclub in London. She went on to have sex with you in a house in Belgravia, belonging to Ghislaine Maxwell, your friend. Your response?”

The prince responded: “I have no recollection of ever meeting this lady”.

Prince Andrew was in Australia in October to promote his [email protected] program that supports entrepreneurship but two Australian universities involved in the program cut ties with it following the weekend’s interview, and at least two large UK businesses have also dropped their support for [email protected]

BT, the UK’s Telstra equivalent, said it was reviewing its relationship with another employment skills programme of which Prince Andrew is patron.

“In light of recent developments we are reviewing our relationship with the organisation and hope that we might be able to work further with them, in the event of a change in their patronage,” a spokesperson reportedly said.

Do you think Prince Andrew has done the right thing by stepping back from royal duties?