‘May our Queen rest in peace’: Australia reacts to the passing of Queen Elizabeth II 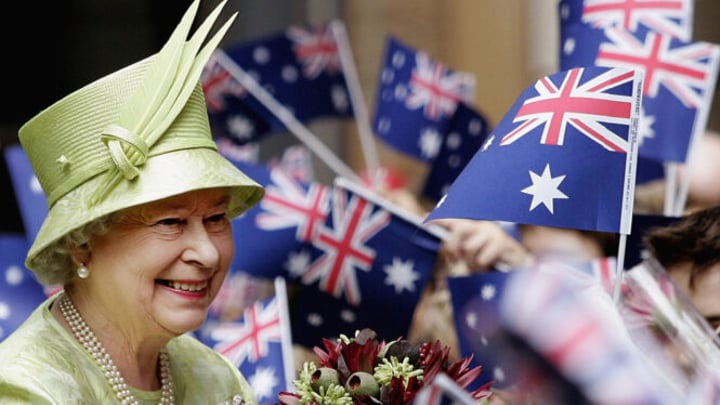 The world came to a standstill following the announcement that Queen Elizabeth II had passed away at the age of 96 on Thursday, September 8.

In a statement that will be etched into the memory of many for some time to come, Buckingham Palace announced that the Queen had sadly passed away at 6.30pm London time at Balmoral

As members of the British public gathered in their thousands outside Buckingham Palace to leave flowers and messages of condolence in tribute to Her Majesty, closer to home, Australians were waking to the shocking news that Her Majesty had passed.

Prime Minister Anthony Albanese led the tributes for the Queen on behalf of Australia, stating that “the passing of Her Majesty Queen Elizabeth the Second will bring deep sadness to the people of the United Kingdom, to our fellow Australians and to countless admirers of Her Majesty around the world”.

“Amidst our grief, the people of Australia offer our gratitude for a remarkable life lived in service of faith and duty,” he said.

“We recognise this will be a time of profound personal loss for the Royal Family, who are mourning a beloved mother, grandmother and great-grandmother.

“Over the course of her reign, The Queen visited our shores on 16 occasions, traveling to every state and territory across our vast continent. Her affection for this country and our people was lasting, real and returned many times over. In particular, we recall the sympathy and personal kindness she extended to Australians afflicted by tragedy and disaster.

“Her Majesty The Queen was also Head of the Commonwealth, and today we join together with the extended Commonwealth family of nations in sorrow and mourning for her loss.

“At this time, on behalf of all Australians, I send my deepest condolences to our new King and the Royal Family. Like his mother before him, The King has a deep and lasting connection to Australia, a love of our beautiful country and a deep affection for our people.

“In the coming weeks, we will commemorate our late Queen with every state honour.

“I hope all Australians who wish to pay their respects can participate in the gatherings, commemorations and tributes that will be held, as well as share their own reflections and memories.

“The Governor-General and myself will be part of Australia’s presence at Her Majesty’s Funeral. Further details about Australia’s remembrance of Her Majesty The Queen will be announced over coming days.

“In our parliamentary democracy, the passing of the Crown from one generation to the next is rare but also seamless.

“In the coming days, the Governor-General and I will be speaking with The King.

“On behalf of all Australians, we will be sharing with The King the sorrow of Australia as well as our best wishes to him as he takes up his duties as Sovereign.

“May our Queen rest in peace, and may God bless our King.”

In our grief, we give thanks for Her Majesty’s life and example, her devotion to duty, faith and family.

We remember and honour her affection for our country and her grace and kindness to our people. May she rest in eternal peace.

Opposition Leader Peter Dutton also offered his condolences, claiming that “never in modern history has there been a more dignified monarch, a more dutiful leader, or a more decent human than Her Majesty Queen Elizabeth II”.

“An extraordinary life which touched so many has sadly come to an end,” he said.

“The last page has been inked on an exceptional reign.

“She was our Sovereign.

“As she was for other nations of the Commonwealth spread across the world’s continents and oceans.

“A Monarch who ruled with an empathetic heart and wisdom both innate and gained from almost a century of life and experience.

“Her Majesty was gentle, kind, and much-loved.

“Today, a comforting warmth has left the world. One of humanity’s brightest lights has gone out.

“May our memories of our dear Queen inspire the very best in us, just as she drew inspiration from her subjects.

“As the Leader of the Opposition, and on behalf of the Federal Coalition, I offer my heartfelt condolences to the Royal Family and to the people of the United Kingdom and the Commonwealth.

“Her Majesty Queen Elizabeth II is finally at peace with her beloved husband, the Duke of Edinburgh, Prince Philip.

“Thank you, Your Majesty, for everything.”

An extraordinary life which touched so many has sadly come to an end. The last page has been inked on an exceptional reign. Thank you, Your Majesty, for everything. My statement on the death of Queen Elizabeth II: https://t.co/jy0lHMMdh5 pic.twitter.com/0oFXEs9XM5

Governor-General David Hurley had the difficult task of informing the Prime Minister of the Queen’s passing.

“It is my solemn duty to advise you that Her Majesty Queen Elizabeth II has passed away on the 8th of September 2022 at Balmoral in the United Kingdom,” Hurely said.

“I have informed the Prime Minister and the Australian Government will announce details of national mourning and other arrangements in the coming days.

“I will have more to say concerning the passing of Her Majesty in a National Address this evening.

“For now, I want to pass on our condolences to the members of the Royal Family.

“I join all Australians in mourning and reflecting on Her Majesty’s lifetime of tireless service.

“She was a truly remarkable person.”

Former Prime Minister Malcolm Turnbull took to Twitter to reflect on the Queen’s “long life of service” that “inspired the whole world”.

“Today we are united in grief as we mourn the death of Queen Elizabeth,” he wrote

“Her long life of service inspired the whole world and was a calm and gracious presence through seven decades of turbulence and change.

“Farewell Your Majesty. Rest In Peace.”

Fellow former Prime Minister Kevin Rudd also took to Twitter to reveal that he was “deeply saddened by the death of Her Majesty Queen Elizabeth II”.

Thérèse and I are deeply saddened by the death of Her Majesty Queen Elizabeth II. Her affection for Australia was as profound as it was enduring. Our thoughts are with the Royal Family, who have not only lost their monarch, but a beloved mother, grandmother and great-grandmother. pic.twitter.com/NZWeqNJVzx

Queensland Premier Annastacia Palaszczuk sent her condolences on behalf of Queensland to Buckingham Palace following the death of Her Majesty Queen Elizabeth II.

“It is with great sadness that we learn of the passing of Her Majesty Queen Elizabeth II,” Premier Palaszczuk said.

“Queen Elizabeth was loved and respected, and represented all that was dignified and positive in the Royal Family,” she said.

“Her Majesty was a constant reminder of the true meaning of service, integrity and courage, and she was admired around the world, especially here in Queensland.

“Her Majesty Queen Elizabeth II was devoted to her duty, and she was always very popular and someone who generated an enormous amount of esteem.

“We are all very saddened by her death.”

This morning I signed the condolence book for Queen Elizabeth II at Government House, offering my deepest condolences to the King and the Royal Family at this tough time. pic.twitter.com/nazWFy6zvV

In a mark of respect flags across Australia will be flown at half-mast to mark the Queen’s passing.