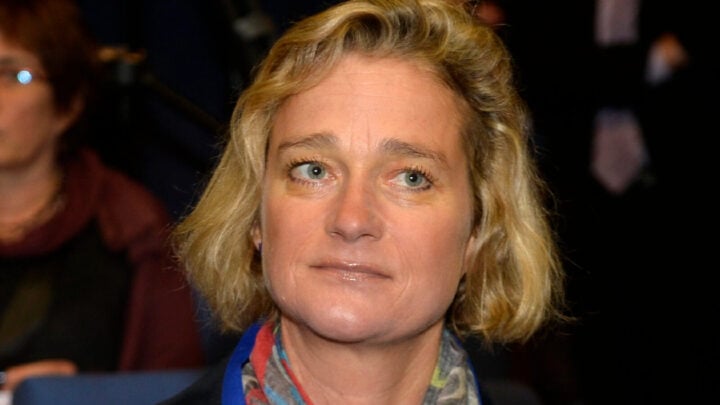 Delphine Boel has won the right to the title of princess. Source: Getty.

An artist whose mother had an affair with Belgium’s former King Albert II has won the legal right to be recognised as a princess, following a seven-year court battle to prove the former monarch was her biological father. Delphine Boel’s lawyer shared the news with Belgium newspaper Het Nieuwsblad this week, revealing she would now be known as Delphine of Saxen-Coburg-Gotha, princess of Belgium.

“She is delighted with this court decision which ends a long process which is particularly painful for her and her family,” her lawyer said in a statement, reports The Guardian. “A legal victory will never replace the love of a father but offers a feeling of justice, further reinforced by the fact that many children who have gone through the same ordeals will find the strength to face them.”

Boel launched her legal bid to be granted the same rights and titles as the 86-year-old former monarch’s other children – Philippe, now King of Belgium, Prince Laurent and Princess Astrid – last month.

Boel’s mother, Baroness Sybille de Selys Longchamps, claims she had a lengthy affair with Albert before he ascended the throne. Rumours that the 86-year-old had an illegitimate child first began circulating in 1999, according to reports in the Belgian media, however Albert had vehemently denied the claims until now.

However Albert only admitted he was Delphine’s father in January of this year, after a court-ordered DNA test came back positive. The former king’s lawyers released a statement at the time which said Albert now “accepts Delphine Boel becomes his fourth child”, according to the BBC.