‘I loved her very much’: Tom Parker Bowles on girlfriend’s tragic death 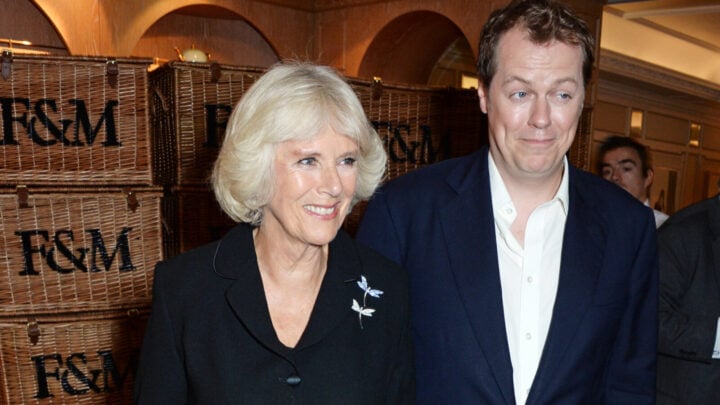 As the royal family was grieving the death of Prince Philip over the past few weeks, Tom Parker Bowles, the Duchess of Cornwalls son from her first marriage to Andrew Parker Bowles, was suffering through another loss, his girlfriend of two years who died from cancer in March.

Now, speaking to The Times, Tom has opened up about his tragic loss and his relationship with the royal family.

Speaking about the sad ordeal, Tom remembered his girlfriend, Alice Procope, as a “brave and beautiful person in every way”. Alice, a former newspaper journalist and psychotherapist, was diagnosed with cancer last August. Following her death, a friend told the Evening Standard that the mother-of-three’s diagnosis was delayed due to Covid-19 and that her treatment plan was also affected by the virus’s burden on the British health system.

“I loved her very much, we had two incredible years together and it is incredibly sad,” Tom told The Times. “As for Covid, without it who knows how things might have been?”

Tom, who has made a name for himself as a restaurant critic and a judge on Masterchef in the UK, also unintentionally revealed in the interview that he recently got the letter ‘A’ tattooed on his right wrist to honour her memory.

“Oh God, that’s not supposed to be visible,” he said. “Just something small for me to look at. I’m useless with any type of pain so I didn’t get it done lightly.”

Tom also touched on Prince Philip’s funeral, saying while he didn’t know the royal “at all”, it was still very sad to watch.

“I really blubbed during the Last Post,” he revealed. “I didn’t know Prince Philip at all but it was all very moving. The clear blue sky, the music … We’ve lost so many due to Covid it also felt like a chance to mourn that loss too.”

He also spoke about his mother’s marriage to Prince Charles and the media attention his family’s been subjected to over the course of their relationship. Tom was just 18 years old when Princess Diana went public about Camilla and Prince Charles’ long-running affair, and was just 19 when the infamous ‘tampon-gate’ story broke a year later — subjecting him to some serious embarrassment in the eyes of his peers.

Asked if he’s ever bothered by the criticism his family receives, and what it’s like to see Netflix’s hit series The Crown portray his mother and father in a bad light, Tom responded, “Oh no, if you got angry then you’d really be in trouble. All the shit that’s been thrown at my mother and father in the past. You’ve got to take the good with the bad. Worse things happen at sea, I always say”.

Despite the tumultuous early years of Charles and Camilla’s relationship, Tom doesn’t hold any ill feelings toward the pair. In fact, he’s quite fond of his stepfather, who he describes as both “sweet and gentle” to the publication.

Can you relate to what Tom's feeling? Have you lost a loved one before?