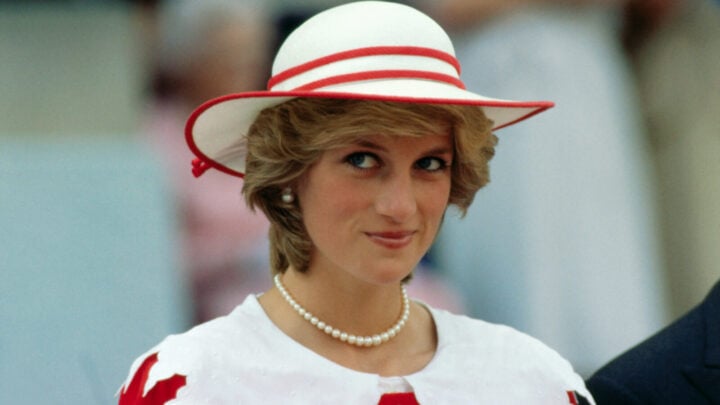 English actress Emma Corrin, who plays Princess Diana in The Crown’s fourth season, has joked the royal’s hair made her look like the late singer George Michael.

Taking to Instagram on Sunday, the 24-year-old uploaded a series of behind-the-scenes snaps and videos from the set, with one showing the actress holding up a phone screen bearing an image of the famous singer sporting a very similar hairdo. Emma can be seen posing alongside it in a retro-looking purple jumper.

The actress’ comparison is quite interesting, as it’s been reported in the past that the Princess of Wales had a close relationship with the late musician.

“SEASON 4 BTS MIXTAPE. Volume up pls especially for no2… can they handle it?!?!” she captioned the post.

Fans were quick to comment on the humorous photo, with one writing:  “Name another iconic set of twins than on side 3… I’ll wait!” While others commented on Emma’s “amazing” performance in the popular series. “You were great!” one wrote. Another added: “You did your part amazing!”

In the same post, Emma also shared a behind-the-scenes video of her wearing an almost-identical replica of the late royal’s iconic bridal gown. The incredible dress was created by costume designer Amy Roberts, in collaboration with David Emanuel who – along with former wife Elizabeth Emanuel – was responsible for the Princess of Wales’ original show-stopping gown.

It comes just a few weeks after The Crown’s official Twitter account released a series of images of Emma and her co-star Josh O’Connor mimicking Princess Diana and Prince Charles’ iconic engagement snaps, with the actress wearing a replica of the late royal’s famous blue blazer and skirt. In the images, which were shared ahead of the show’s season four premier earlier this month, Emma perfectly captured Princess Diana’s shy expressions, which were heavily present in the original photos as she posed alongside her co-star.

The engagement of Charles and Diana. A moment that changed everything.

While Corrin will play Diana in season four, an Australian actress will assume the role for the show’s final instalments. In August it was revealed that Elizabeth Debicki had been cast as Princess Diana for seasons five and six. Debicki will join Oscar-nominated Welsh actor Jonathan Pryce as Prince Philip, Imelda Staunton as Her Majesty the Queen, and British screen legend Lesley Manville as the monarch’s younger sister Princess Margaret.

Do you think their hairdos look similar? Do you watch 'The Crown'?