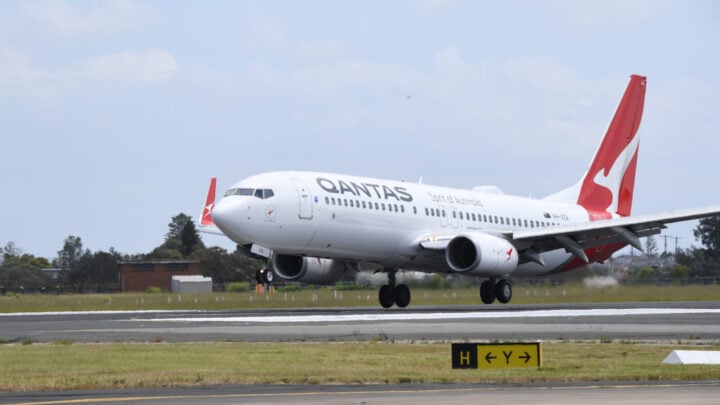 Qantas has released an emotional new advertising campaign to celebrate the return of travel as the world re-opens following the global pandemic.

???? But no matter how far
Or how wide I roam
I still call Australia home ???? pic.twitter.com/bXMkUQVUEC

Footage for the advert was initially filmed in 2019, before Covid-19 effectively closed down travel, and features Aussie favourites such as Kylie Minogue, Troye Sivan and Hugh Jackman.

To match the current state of the world, recent footage of emotional reunions with loved ones will be featured at the end of the advertisement.

Reported by news.com.au, Qantas Group CEO Alan Joyce said now felt like the best time to release the advert and warned watchers should “get the tissues ready”.

“We have kept it in the can for over two years because the time has never been quite right … it was filmed when things were very different but now is the right time,” Joyce said.

“We couldn’t do it until the whole country was together again because as the song says, ‘one day we’ll all be together once more’.

“The full version of this advert is effectively a short film that highlights Australia’s stunning natural beauty and unique culture while celebrating the incredible resilience that has really shone through recently.”

The advert includes many local Australian heroes and leaders including Aboriginal Elder Rene Kulitja, members of Bangarra Dance Theatre and the Qantas Choir.

Featured at the scenic Bondi Beach, Goodes said he’s was “honoured” to be a part of the advert.

“I’m honoured to be involved in something that celebrates our unique country and culture,” Goodes said.

The advert was filmed in picturesque locations around Australia, from the eye-catching Hutt Lagoon in Western Australia to the jagged cliffs of Cape Raoul in Tasmania.

Do you remember the original 'I still call Australia home' ad from Qantas?