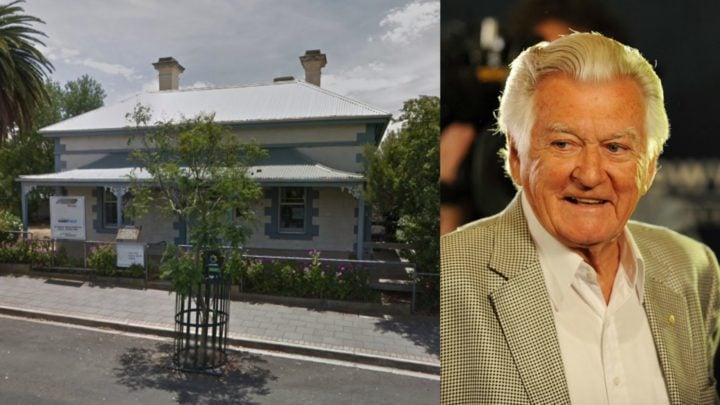 Radio broadcaster Steve Price has hit out at the Federal Government over its $750,000 plans to buy and renovate former prime minister Bob Hawke’s childhood home in regional South Australia.

The journalist slammed Prime Minister Scott Morrison over his idea to spend taxpayers money, calling it “ridiculous” and a “scandalous waste of money” during his segment on radio station 2GB.

Morrison announced the government’s plans to purchase the property in Bordertown, which lies around 270km south-east of the state’s capital Adelaide, at the weekend. He claimed they want to “protect its heritage value” and “commemorate his [Hawke’s] life and achievements”.

However, not everyone is on board with the idea, as Price voiced his clear disapproval of the plan on Monday following a chat with Tatiara Council Mayor Graham Excell.

The local politician explained his joy at the government’s planned purchase of the property which he said is listed at around $300,000.

“It’s a way to preserve history,” he told Price. “Unless we preserve history of our heritage and towns, everybody would forget about it. “I’m quite pleased the government has recognised this as the birthplace of Bob Hawke.”

When asked about its current condition, Excell claimed the building – which was used as a Centrelink office – is in good condition having been renovated less than 10 years ago.

“It’s listed value on the real estate markets is just under $300,000 so if the government have set aside $750,000 they must be going to spend a substantial amount on it to renovate it,” he added.

This didn’t sit right with Price who claimed the government should allocate the money to other projects instead of forking out a large sum on one building.

Meanwhile the local mayor said he has no idea of what the government’s exact plans are having not heard back from the prime minister’s office since they were first informed.

“The Federal Government notified us two days ago that they were thinking about making an announcement,” he explained on 2GB.

“I think they’re looking to make it a museum type building. But we haven’t got any details and we haven’t had any time to work it out with council yet either.”

The announcement of the purchase was first made on Sunday with Morrison explaining their reasoning behind the decision to buy the home Hawke was born in back in 1929.

The prime minister said conservation of the building, known as Hawke House, was important for Australia’s heritage and democratic history.

“Bob Hawke made an extraordinary contribution to Australian life and holds a special place in the hearts of Australians,” Morrison explained.

“Australians loved him and he loved them back. Every Australian felt connected to him, regardless of their politics and he was big enough that we entitled an era after him – the Hawke era.”

He added: “His childhood home is a significant part of our national story and preserving it will enable current and future generations to celebrate his life, achievements and substantial role in our democratic history.”

Hawke lived in the property from his birth until 1935 when the family relocated to Maitland on the Yorke Peninsula in South Australia before then settling in Perth, Western Australia.

Since then the building has been known as Hawke House and currently houses offices of community organisations.

What do you think of the government’s plans to buy and renovate Bob Hawke’s childhood home? Do you agree with plans to spend $750,000 on the property or do you think it should go towards other projects?