‘It’s come as a shock’: Senator Jim Molan opens up about cancer diagnosis 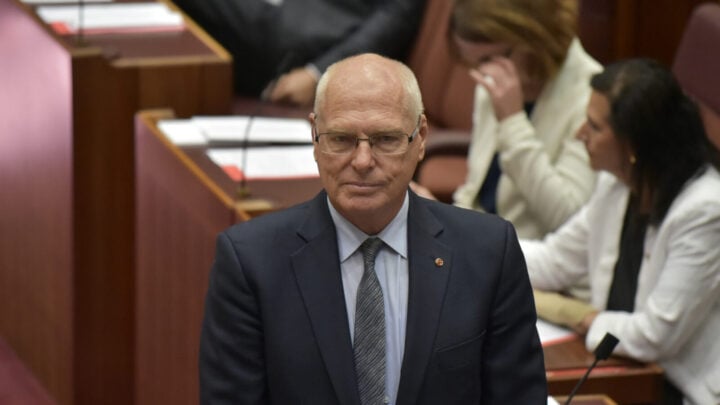 Liberal Senator Jim Molan, 70, has revealed he’s been diagnosed with an “aggressive form of cancer” and as a result will be taking leave from the Senate while he receives treatment. Molan took to social media on Monday afternoon to share the shocking news with fellow pollies and supporters.

“Although I am personally stepping back for a while, my office will remain open and fully operational,” he said in the statement, which he shared on Twitter. “My team will continue to work hard alongside my colleagues in the Morrison government on the issues that matter. My commitment to serving you, the people of NSW and Australia, has not wavered.”

The senator, who is also a retired major general of the Australian Army, added, “Whilst this news has come as a shock, I have many reasons to be positive. I am receiving the best possible care from my clinicians, and have the love, support and prayers of my family. I have never been afraid to fight the battles that need fighting, and this is no exception.”

Fellow politicians have since sent their best wishes to Molan, with Labor Senator Penny Wong commenting on his post, “Very sorry to hear this news Jim. Strength and best wishes to you and yours.”

Treasurer Josh Frydenberg tweeted, “Wishing you all the best, Jim. You’re a person of great strength and courage and our thoughts and prayers are with you and your family.”

Supporters of the senator have also commented on his Twitter post, with @MadisonThorne10 writing, “Terrible news. Hang in there Jim – you’re the toughest bloke we know. Thoughts from all of us.” Twitter user @CoolDadfromOz added, “Sorry to hear Jim. Best wishes. I have been through this journey and there is always light. Much strength to you.”

Do you have a message for Jim Molan? Have you or someone you know been through cancer treatment?