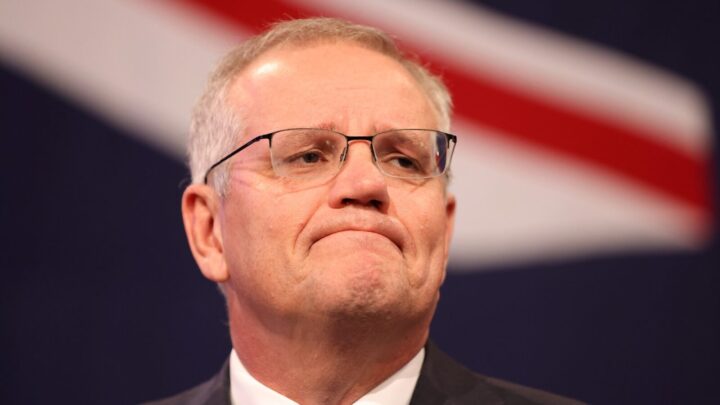 Scott Morrison is making history as the first former Prime Minister to be formally censured by the government.

Morrison is set to be in the hot seat on Wednesday, November 30, for eroding public trust in the federal government after secretly appointing himself to several ministries during his last term as Prime Minister.

Former PM Scott Morrison: “I acknowledge that the non-disclosure of arrangements has caused unintentional offence and extend an apology to those who were offended.” He says the censure motion is an act of political retribution. @SBSNews pic.twitter.com/I6K3Y2SuU8

In the written report by former High Court Justice Virginia Bell, Morrison’s actions were labelled as “corrosive” and concluded the former PM “fundamentally undermined” the key aspects of a responsible government.

“Therefore [the house] censures the member for Cook for failing to disclose the appointments to the House of Representatives, the Australian people and the cabinet, which undermined responsible government and eroded public trust in Australia’s democracy,” the motion states.

As reported by The Guardian, on Tuesday, Nationals leader David Littleproud said that while he agrees that Morrison had “done the wrong thing” by not disclosing his appointments to five ministries he argued that the censure was unnecessary, saying Australias are “sick of the politicisation.”

“So much for a kinder and gentler parliament, this is Anthony Albanese at his political brawler best,” Dutton said.

Dutton and Littleproud’s position stands in contrast to Liberal MP Bridget Archer who told The Guardian she was “inclined” to support the censure, saying it would be “an act of extreme hypocrisy for me, personally, given the stance I’ve taken in the past couple of years on issues such as integrity, to do anything other than to support that motion.”

Since news of his secret portfolio broke, Morrison has tried to make light of the situation and attempted to join in on the jokes he had become the target of.

In a press conference in August, Morrison had argued that the ministry appointments were necessary and were an “act in the national interests”.

“These were extraordinary times no Prime Minister, I think, has faced the same combination of circumstances — be it the pandemic or indeed the drought, the global recession and the Australian recession caused by the pandemic and the many other natural disasters that befell the country over that period of time,” Morrison told reporters at the time.

Since the release of the report on Friday, November 26, Morrison has doubled down on his stance that the ministry appointments were necessary and reminded members of the government that the inquiry had found no unlawful conduct.