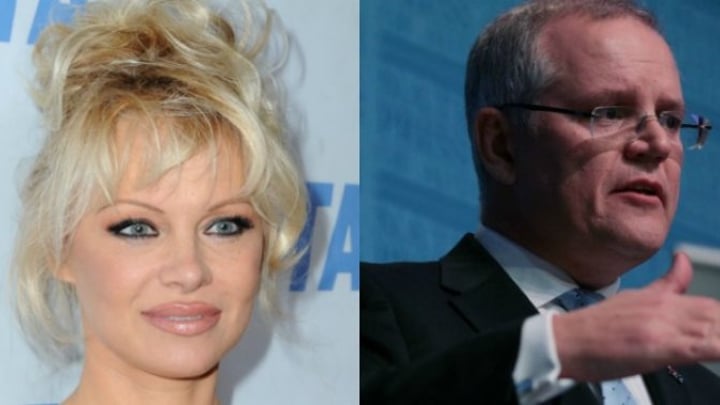 In an open letter published in the Daily Beast on Sunday, Anderson slammed Morrison for comments she describes as “smutty”, “lewd” and “unnecessary”.

The 51-year-old had previously urged the prime minister to lend his support to Assange, who has been holed up in the Ecuadorian embassy in London for six years over sexual assault allegations.

Morrison also told Gold Coast radio station Hot Tomato FM: “I’ve had plenty of mates who have asked me if they can be my special envoy to sort the issue out with Pamela Anderson”.

We've found the audio of Prime Minister Scott Morrison's #JulianAssange interview with Hot Tomato – "I've had plenty of mates who have asked me if they can be my special envoy to sort the issue out with Pamela Anderson” #auspol pic.twitter.com/LFiwuyBkWK

“You trivialised and laughed about the suffering of an Australian and his family. You followed it with smutty, unnecessary comments about a woman voicing her political opinion,” Anderson said in the open letter.

“We all deserve better from our leaders, especially in the current environment.

“Rather than making lewd suggestions about me, perhaps you should instead think about what you are going to say to millions of Australians when one of their own is marched in an orange jumpsuit to Guantanamo Bay – for publishing the truth. You can prevent this.”

According to the SBS, Assange took refuge in Ecuador’s embassy in 2012 after British courts ordered his extradition to Sweden to face questioning in a sexual molestation case. The case was dropped but supporters have said Assange fears leaving the embassy in case he’s extradited to the US.

Meanwhile, Anderson said Assange’s health has deteriorated over the years.

“For six years he has been refused any access to fresh air, sunshine, exercise, or proper medical or dental care. In February 2016, the UN Working Group on Arbitrary Detention (WGAD) stated that his detention was unlawful,” she said.

“This Australian is not getting a fair go; his human rights are being openly violated.”

Morrison has yet to respond to Anderson’s open letter.