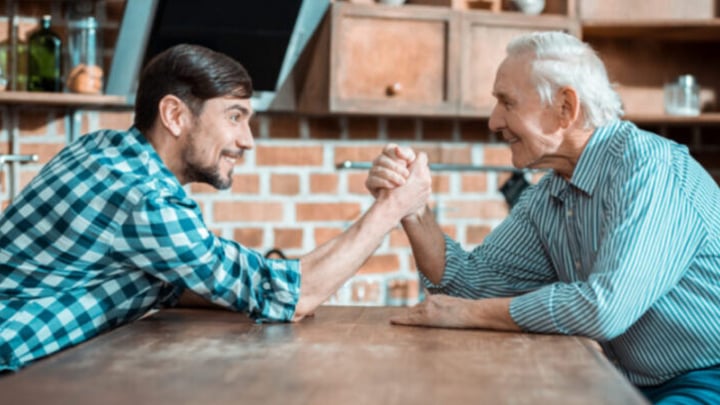 Over 60s have shared their thoughts on the ongoing conflict between Baby Boomers and Millennials. Source: Getty Images.

The apparent generational conflict between Baby Boomers and Millennials has dominated conversations and been examined from every angle for years.

Although the occasional strongly worded tweet or opinion piece from an expert can offer some insight into the driving force behind the ongoing stand off between younger and older generations, what do those who are actually part of the perceived conflict actually think.

One Reddit user thought just that and took to the online forum in an effort to gain in depth insight from over 60s as to their thoughts on the Baby Boomers and Millennial friction.

“What is your opinion on generational conflict? Personally I am against it, I think we can bridge the age gap. I think it is only counter productive to be fighting each other,” the user wrote.

One of the first to respond to the query offered up a blunt response on the matter.

“I honestly don’t pay that much attention to it, because it’s mainly young dumbasses saying a variation of the same crap I said when I was a young dumbass,” they wrote.

While another wasn’t convinced a “generational conflict” even existed.

Although one over 60 was “against conflict” they still believed that some degree of conflict will always exist.

“Well I’m against conflict in general, so of course I’m against it, but im also resigned to thinking that some level of conflict is inevitable,” the user wrote.

While the matter can stir up some divisive opinions, one user revealed they are able to find the humour in the debate.

“I get a chuckle out of it. Boomers vs zoomers. Didn’t we all think we knew better when we were young?” they shared.

Another commenter believed that the conflict was a tale as old as time and is bound to continue for years to come.

While many provided some valuable insight into the Baby Boomer versus Millennial debate, other simply choose to “shake” their head at such matters.

“I watch and absolutely shake my head. What I see beneath it all is a basic inability to accept a situation and confront it – whatever the topic at hand is, the basic thing beneath it is that everything has to be someone else’s fault,” they said.

“I think that premise somehow makes it “easier” or more justifiable for whoever is doing the blaming to throw their hands up and get jaded versus actually do something. There’s no resourcefulness to just dive in and deal with it.”

Although the response to the Reddit user’s query received a mixed bag of responses, one Baby Boomer has made their position on the matter well and truly clear after sharing an expletive laden rant against the younger generations, particularly those who still “live at home with mummy and daddy”.

The Tik Tok video in which Bourkey vented his frustration has already amassed 10,000 likes, with many expressing their agreements with his viewpoint.

“What a joke. As far as I’m concerned, that’s a joke,” Bourkey began the video.

“I had to get out of the house… But I’ll tell you something these young guys these days have no idea.

“They expect mummy and daddy to look after them still when they’re in their upper mid-twenties living at home, freeloading, pretty much because they’re all on 900 to 1200 bucks a f***ing week.”

Bourkey then detailed several Millennial traits that he takes issue with, which included the expectation that their parents “put dinner on the f***ing table, wash their clothes, mow the lawn and go to work too”.

He then encouraged Millennials to “pull your weight” before asking any of members of the age cohort who may have been watching the video if they contribute to household expenses.

“How many young people pay board? I want to know, because when I was f***ing 14 I left school.”