‘Now is the time’: Andrews announces easing of restrictions in Melbourne 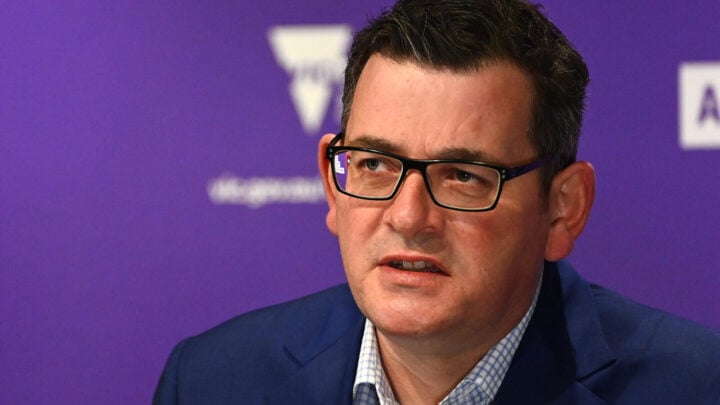 Melburnians are set to finally get a taste of freedom as Victorian Premier Daniel Andrews has announced that restrictions across the metro area will ease this week, after the city’s 14-day rolling average fell to 3.6. The premier confirmed this afternoon that, from midnight tomorrow, all retail, including bars, restaurants and cafes, will be able to reopen.

“With zero cases and so much testing over the weekend, not just in the north but across the whole state, we are able to say that now is the time to open up,” a visibly emotional Andrews said on Monday.

From 11.59pm on Tuesday, October 27, Melburnians will be able to visit bars, restaurants, cafes and retail shops once again. However restrictions on the number of customers will be enforced, with a maximum of 20 people allowed indoors, seated, and 50 in outdoor areas, with one person per two square metres.

Other changes include that outdoor gatherings will no longer be limited to just two households, however the upper limit of 10 people remains in place. Beauty, personal services and tattooing will also be permitted to reopen, as long as clientele can wear a mask.

Weddings will also increase to a maximum of 10 guests, while funerals can host 20 people. While outdoor community sport for under 18 and outdoor non-contact sport for adults will also recommence.

The four reasons to leave home will be removed and Andrews added that he will announce changes to visiting people’s homes tomorrow, in time for the reopening at midnight. “What happens in people’s homes can often be the place that this virus spreads widely,” he added.

However the 25 kilometre limit on movement will remain in place, along with the metropolitan-regional border. These restrictions are in line to be scrapped as part of the next phase, which is earmarked to come into effect on November 8. Gyms will also be included in the next phase.

“We took the time to wait to make sure we did not have widespread community transmission in the northern suburbs and I am pleased to be able to say that that is a very significant testing number and many people were tested and those results are all negative,” Andrews said.

This announcement had been expected to happen on Sunday, however Andrews delivered disappointing news yesterday as he announced that the government was not yet in a position to be able to justify the reopening. However he assured people at the time that this was not a setback, describing his decision as a “cautious pause”.

“We had hoped today to be able to announce that metropolitan Melbourne would take significant steps,” Andrews said yesterday. “We are not in a position to do that today because we have at least 1000 test results from that northern metropolitan outbreak that are in the labs.”