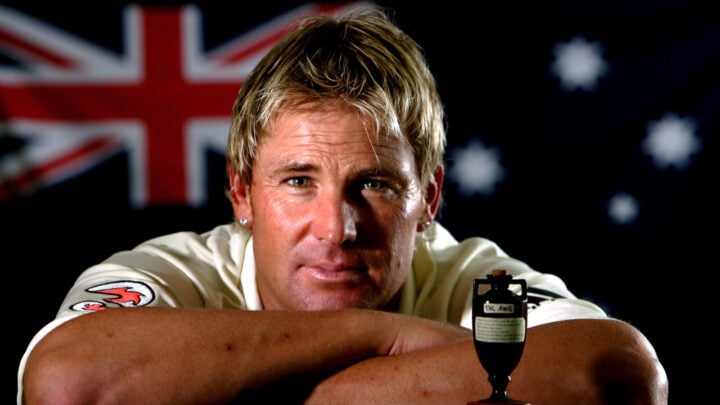 According to reports, a German woman entered the vehicle, carrying Warne’s, and spent approximately 40 seconds alone in the vehicle.

It’s believed she told Thai authorities that she knew Warne personally, after which she was escorted to the vehicle where the driver opened the door who entered and closed it behind her.

The woman is currently being questioned by Thai police.

New details have come to light surrounding the death of Australian cricketing superstar, Shane Warne. Warney was found unresponsive in his room at the Thai beach resort of Koh Samui on Friday, March 4.

Paramedics have now revealed how they battled to revive the cricket legend as his friends watched on in desperation.

A television was showing the Australia-Pakistan Test match as Paramedic Anuch Han-iam arrived on the frantic scene to find Warne’s friends desperately trying to resuscitate him after a suspected heart attack.

“Shane’s friends were already trying to bring him back to life,” Han-iam told The Sun.

“I took over doing CPR while we waited for an ambulance.

“They were desperate. I think one was crying. They were really stressed and panicked.

Han-iam noticed nothing out ordinary in Warne’s villa and expressed his regret that he “couldn’t help him.”

“The villa was clean and I didn’t see any beer or cigarettes inside,” he said.

“There was nothing unusual that made me think they’d been partying. I didn’t know when I arrived that it was Shane Warne. But I know who he is, he’s a star.

“I did my best for him and gave all my energy. I’m so sorry that I couldn’t help him.”

Police confirmed there were no drugs or alcohol found in the room. Warne had reportedly suffered chest pains before leaving Australia for week-long holiday with friends.

We are shocked and saddened by the passing of Shane Warne.

Our thoughts are with his family, friends and fans all across the world. pic.twitter.com/7V4iMxVx4i

Hoping Shane’s grieving kids don’t read the graphic police descriptions of the hotel room and what happened there. If this happened in Australia we’d be told to wait for autopsy finding. #RIPWarnie

Warne, widely considered one of the greatest bowlers in cricket history, played his first Test match in 1992 and took over 1,000 wickets in Tests and One-Day Internationals over the course of his career. Warne’s 708 Test wickets from 145 tests was the record for the most wickets taken by any bowler in Test cricket until 2007.

It is said by many that Shane Warne revolutionised cricket with his mastery of the leg-spin, which, back in 1994, many cricket followers had come to regard as a dying art due to its immense difficulty of execution. For more than twenty years before he arrived on the cricket landscape, the sport was dominated by fast bowling.  He really did overturn this.  For all his on-pitch and off-pitch antics, Warne’s place in cricketing history is well and truly assured.

He is survived by his three children Brooke, Summer and Jackson.