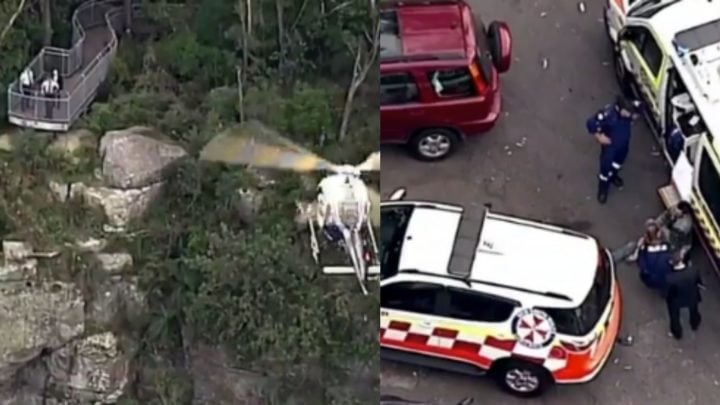 Police are treating the death of a woman and a child who were found below a popular lookout point in New South Wales this week as a suspected murder-suicide, it has been reported.

The woman aged in her 30s and the two-year-old girl – who is believed to be her daughter – were discovered at the bottom of the 100m cliff at Mount Keira near Wollongong on Tuesday in what has been described as a “horrific scene”, The Daily Telegraph reports.

In a statement, NSW Police confirmed they were called to Robertson Lookout just before 2pm after receiving reports of a concern for welfare.

“A woman and child were located deceased below the lookout,” a police spokesperson said on Tuesday. “A crime scene has been established as officers from Wollongong Police District conduct inquiries.”

It has now been reported that police are treating the tragic incident as a suspected murder-suicide, with emergency services working together to retrieve the bodies from the dense bushland.

According to The Daily Telegraph, a man – believed to be related to the mother and child – was seen being consoled by paramedics after the incident in the car park near the lookout.

Meanwhile, specialist paramedics have been winched down to the bottom of the cliff with the help of other emergency service personnel to bring the pair to the top.

Speaking at the scene, Wollongong Police District Commander Superintendent Chris Craner described the incident as “horrific” and a “tragic” loss of life.

“It’s going to be absolutely devastating for the community who don’t know these people and hear this and what it’s about,” he said, according to the news outlet.

“And it’s going to be devastating for the family. My thoughts are also with the emergency services that have been going about their day, had a good shift then turned up to this horrific incident.”

The horrific incident is being compared to a similar shocking event in 2002 when a woman jumped off the same cliff with her five-year-old son.

The child survived the fall with his mother’s body taking the brunt of the impact.