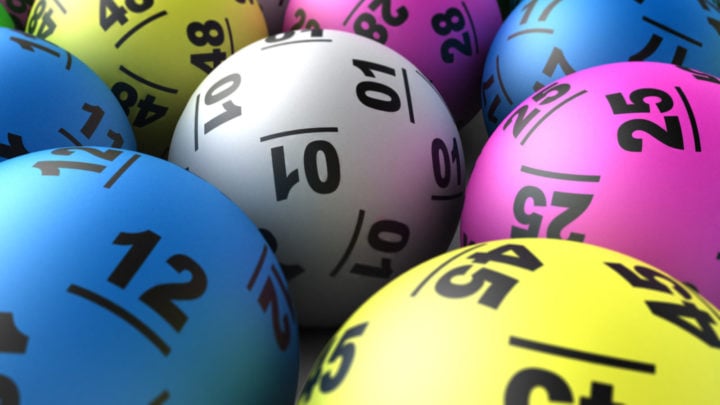 The numbers which have been drawn regularly over the past 16 months have been revealed with officials claiming using them could give you a better shot at taking out a prize. Source: Getty

Picking numbers for the lotto draw can be a difficult task, with favourite digits or special birthdays usually adding to the list, but now Aussies have been given a better chance at the win with the release of the luckiest numbers used in the past to score someone millions.

The Lott has given those across the country a better shot at walking away with this week’s massive $100 million draw, with the secret details revealed to all.  As people rush to newsagencies to pick up a ticket for the upcoming draw, The Lott spokesperson Lauren Cooney has claimed entrants need to pay closer attention to the “hot” and “cold” numbers – with certain digits possibly getting them over the line.

While Powerball is all a game of chance with every number having an equal chance of being drawn, Cooney explained there are some number they have seen drawn out of the barrel more often than others. For the main barrel, where seven winning numbers are drawn from 35, the “hot” number is 17, having been drawn 23 times in the past 16 months.

Meanwhile, there are other numbers that have not been drawn as often from the main barrel, especially number 12. Elsewhere for the seperate Powerball barrel, where a single Powerball number between one and 20 is drawn, the numbers three, 13 and 18 have made a regular occurrence. Whereas, the number one has failed to be drawn even once over the same time period.

Considering how entrants may play the game, Cooney said there are a few paths they could take, such as sticking to the hot numbers or taking a risk and seeing if the cold numbers pop up for the first time in months. “Players interested in trying their hand at choosing their numbers may mark ‘hot’ numbers in the hope they live up to their reputation of being drawn more often,” she said.

“Or would they choose to use ‘cold’ numbers in the belief their turn to be drawn is just around the corner? We’ve even had previous winners tell us they avoid both sets of ‘hot’ and ‘cold’ numbers, instead picking those numbers that aren’t getting any attention.”

So far this year, a whopping $316 million has been pocketed by lucky Aussies, including a record $107 million which was claimed by a Sydney resident. The split between various states and territories around the country has been divided between three, with New South Wales and Victoria both claiming three division one wins, while South Australia has had two.

As the big $100 million approaches, Cooney said no matter which type of entry players choose, they should get in early to avoid missing out. “With up to a third of adult Australians expected to get an entry into the draw and queues already forming outside lottery outlets we are encouraging those who are keen to get an entry to get in early to avoid the rush,” she advised.

One of those who has walked away thousands of dollars richer this year already is a lucky gran who scored a whopping $200,000 in the Lucky Lottery Mega jackpot draw – just weeks after claiming the same amount in another lotto prize. The woman from the Melbourne suburb of Eltham admitted at the time she was “completely stunned” after winning the massive prize, a mere 38 days after walking away with another $200,000. And she hoped the money would help secure her dream of spending more time with her daughter.

Sharing her disbelief with lotto officials, the grandmother – who wished to remain anonymous – said she was “blown away” by the discovery, claiming it will relieve a lot of financial pressure from her life. “I was rather stunned when I checked my ticket and saw that I had won again,” she confessed.

“It’s unbelievable. I only won a few weeks ago! I can’t believe it has happened again. It’s completely surreal. I’m completely stunned. I’m blown away.” It didn’t take long for the grandmother to decide where the new-found riches would be spent, with the woman revealing it would take her one step closer to her dream of paying off her mortgage on her new home.

“The last windfall enabled me to put a deposit on a new home closer to my daughter,” she explained to lotto officials. “It was a bit daunting getting a home loan again after paying off the last one, but now everything’s fine! This will go a long way towards helping pay it off!”

Last time the lucky grandma heard the news she admitted she was in a daze, a sentiment she experienced again the second time around. “I’m still in a daze!” she laughed. “It’s just incredible. I’m so lucky”.

Have you bought a ticket for the upcoming Powerball? Do you stick to the same numbers or change it as the weeks go by?