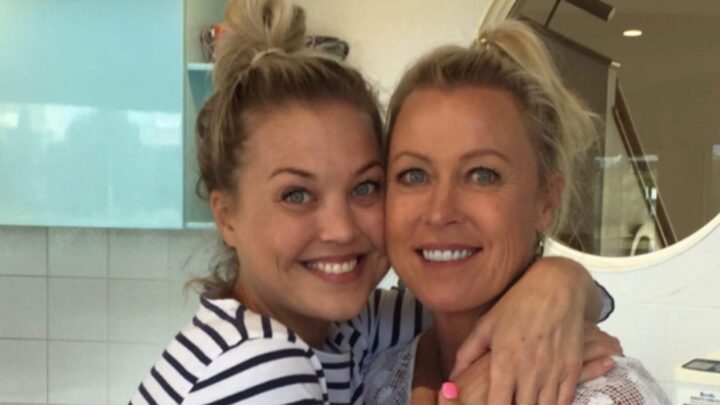 Content warning: this article deals with disordered eating, alcoholism and mental health, and may be triggering for some readers.

Former Olympian Lisa Curry has broken her silence on her late daughter Jaimi Kenny’s final night, sharing the heartbreaking last question her daughter asked over and over before she passed.

Jaimi was only 33-years-old when she tragically passed away in 2020 after reportedly suffering from a long battle with eating disorders and alcoholism.

Speaking on the No Filter podcast the mother of three revealed that her daughter had repeatedly asked her why she became an alcoholic.

“Jaimi kept saying, ‘Mum, I just want to know why I’m like this. What happened to me?'” the 59-year-old told the No Filter podcast host Mia Freedman.

“I’d say, ‘I don’t know. I don’t know what happened to you. You were a happy child. I can’t think of anything’,” she said, before continuing to describe her daughter’s addiction as a “toxic beast” that was inside her.

“And you hear that and you think that’s an awful way of saying it but it’s true. It’s so true. I’ve seen it. I’ve seen it in Jamie,” she said.

“This thing, it’s not them. It’s the addiction. It’s the beast. It’s the toxic beast that’s taking over their body. And it’s horrible. It’s horrible to see and to feel.”

According to Curry, many people may not be aware that eating disorders and alcoholism can be fatal. She explained how people think they “can talk themselves into or out of anything” but don’t understand that alcohol and eating disorders “won’t kill you now, it’ll kill you over time, slowly”.

“Once your organs are going into failure, slowly breaking down, your liver’s not working. Therefore, everything stops working, because everything affects everything else. It affects your heart, brain, kidneys, digestive system, everything starts to spiral down.”

When Jaimi was only 28, doctors were unable to determine how serious her addiction was, but said told Curry they “would be surprised if she’d make her 30th birthday”.

Speaking to ABC’s Australian Story last week, Curry admitted she was still processing the loss of her child and has been in a constant state of mourning since losing her firstborn.

“Jaimi was only 33, she had a whole life to live,” Curry told the cameras as she became visibly emotional.

“I haven’t been able to talk about it because you can see what it does to me,” she continued.

“All I’ve done for two years is sit and cry and eat… you know I feel like s**t.

“If it’s any consolation, Grant and I were able to be with her when she took her last breath.

Leave your words of encouragement for Lisa Curry below.