‘Just wrong’: Qantas hits back at consumer advocacy group for labelling them ‘Spirit of Disappointment’ 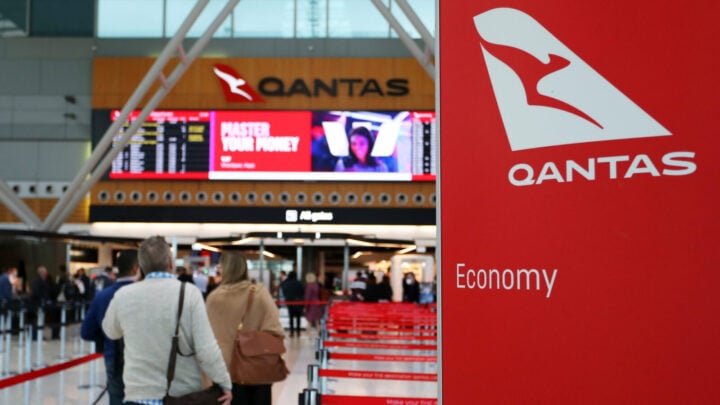 Premium airline giant Qantas has been named and shamed as the “Spirit of Disappointment” by consumer advocacy group Choice, saying the brand had earned itself a Shonky Award for its service this year.

The Shonky Awards are held annually by Choice to call out brands and services for causing “distress, disappointment and difficulty to our lives”, and Qantas was highlighted for making customers take flight credits instead of refunds, lengthy wait times for customer service and lost luggage while still charging top dollar.

Qantas is the biggest brand to pick up a Shonky Award this year over its controversial flight credits scheme, months of lost luggage, long call wait times and cancelled flights.
Key points:
⁰Qantas is among five companies to earn a Shonky Award from Choice this year

Choice chief executive Alan Kirkland said it felt like the airline who prides itself as the “Spirit of Australia” was “going out of its way” for a Shonky.

“Qantas might call itself the Spirit of Australia, but we think Spirit of Disappointment is more appropriate. It is well and truly deserving of receiving a Shonky Award this year,” Kirkland said.

“People are still paying premium prices to fly Qantas, but it’s clear from the complaints we’ve heard, they’re not getting a premium service.

“We’re particularly disturbed by the behaviour of Qantas because it is one of Australia’s largest businesses that portrays itself as the Australian national airline.

“Yet it has comprehensively failed to deliver on that promise to Australian consumers over the past few years.”

Choice said between Qantas and Jetstar, there is about $1.4 billion in idle flight credits, underlining complaints from customers who said the airline charges more for flights that are booked with a voucher.

A spokesperson for Qantas told 9News that Choice’s data was “just wrong”, remaining adamant that its performance had improved since Covid-19 threw a spanner in the works.

“These awards are clearly out of date and the data Choice is using is itself a bit shonky,” the spokesperson said.

“We had several months of poor performance earlier in the year, but it’s improved significantly since August and we’re back to our pre-COVID level of service.

“We’ve been very transparent with our performance figures, both good and bad, but Choice is using figures that are just wrong.

“Our call wait times are less than half what Choice is claiming. Our customers have redeemed more than $1 billion in COVID-related flight credits. The conditions for these are the same or better than they were pre-COVID and we’re actively encouraging our customers to use them.

“No one is disputing the fact we had issues earlier this year, and we apologised for that, but it’s disappointing that Choice failed to acknowledge the impact that COVID and border closures have had on the entire aviation industry.”

.@Qantas hits back at copping a ‘Shonky’ award by consumer group Choice. National carrier agrees its performance earlier in the year wasn’t great, but insists it’s got better ???????? @TheTodayShow pic.twitter.com/FerxZgJTQU

The other winners of the Shonky Awards include VetPay, Steggles Chicken Nuggets Boosted with Veggies, Bloomex, and Zega Digital cookware.