Jumping castle tragedy: The ‘little hero’ who tried to save others is farewelled 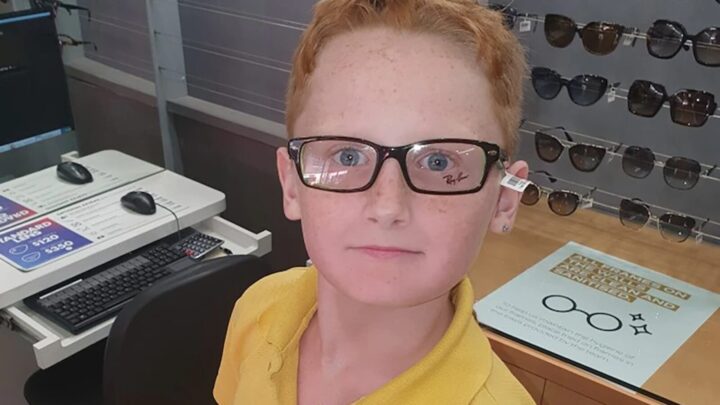 “Peter was always our little hero - he was always there to lend a helping hand,” the cousin of Hillcrest jumping castle victim Peter Dodt has told mourners at the 12-year-old’s funeral yesterday. Source: Tasmanian Police

Peter Dodt, one of the six children who died in the jumping castle tragedy at Hillcrest Primary School, has been laid to rest at a moving funeral service in Devonport, Tasmania, yesterday (Wednesday, December 29).

The 12-year-old victim was enjoying end-of-year celebrations on December 16 with his classmates when a freak gust of wind blew the castle and several inflatable zorb balls 10 metres into the air.

Dozens of people gathered for the service at Mersey Gardens chapel where bright green helium balloons adorned the walls next to a colourful casket inspired by one of Peter’s favourite on-line games Roblox, the Daily Mail reports.

His cousin Jye Dodt told mourners that despite Peter’s grave injuries, the young boy had done his best to help the other victims in the immediate moments after the tragic accident before receiving urgent medical attention from the paramedics.

“He was a young man full of life. He was always up to no good, but he always had big dreams,” his cousin shared in his eulogy.

Plucky Peter had fought until the end in hospital, which allowed his father to say goodbye, said Jye Dodt.

An emotional poem written by Peter Dodt’s mother, Miranda McLaughlin, was also read out at the service, reports the ABC, saying that the family’s hearts would “never feel whole again”.

“No words can express the loss that I feel, I’m sure it’s not possibly real. You left behind your heart and soul, never will our hearts feel whole,” the poem read.

“Forever young and free you will be, fly high little man and remember me, love Mum.”

Miranda also took to Facebook to share her gratitude for the “truly heart warming” send off her son had received.

“Thank you to everyone that helped give Peter a send off he would have loved, it was truly heart warming to see how many people our little man touched with his huge personality and the overwhelming amount of support from all…
Forever loved
Never forgotten
We love you Peter, Fly high little lord”

In an earlier post, mum Miranda requested that in lieu of sending flowers to the funeral, people make a donation instead to the “brave children still fighting”.

At the service, one of Peter’s Hillcrest teachers Gaye Kelly struggled with tears as she told mourners that Peter had wanted to be a policeman when he grew up.

“Peter was helpful. He would often ask to help me do things. He was always responsible,” the teacher said, according to the Daily Mail.

“He was very proud to be a sport leader this year. He always remembered where he had to be and who with.”

Gaye Kelly recalled how proud the young boy had been as he stood on stage during the graduation ceremony at the school’s Big Day In – just hours before the tragedy.

“Peter, you were a firecracker,'” she said.
“You will forever live on in our hearts.”

The service ended with a slideshow of photos capturing Peter’s short life as he rode his bike, played with his siblings and enjoyed camping trips and holidays with his family.

The ABC also reports that two boys seriously injured in the accident were moved out of intensive care last week as their condition improved from critical to stable.

“More than $1.4 million has been raised for the families via an online fundraising page, while the federal government has committed $800,000 to counselling and support for the region,” said the ABC.

“The Devonport City Council is collecting countless tributes left outside the school to create a permanent memorial.”

Tasmania’s coroner is investigating the circumstances around the accident and will receive reports from Tasmania Police and WorkSafe Tasmania.

Would you like to leave your best wishes for Peter's family?