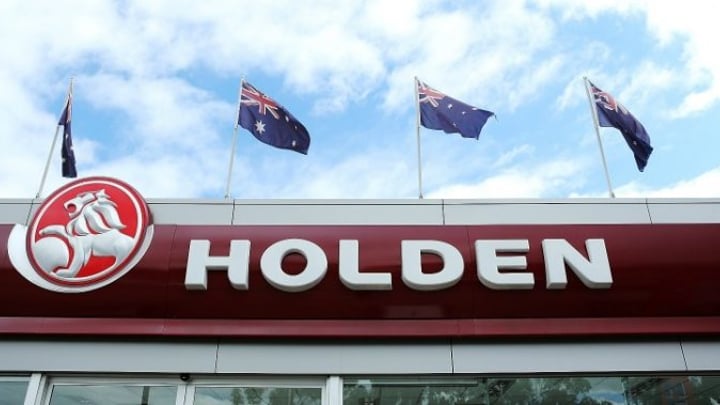 With Holden’s Elizabeth factory in northern Adelaide officially closing its doors, it’s a sad day for the Australian car industry. The last car-manufacturing factory in the country, Elizabeth produced only a handful of cars before midday, marking the end of 69 years of Holden’s car manufacturing with a private ceremony for Holden workers past and present.

“I feel very sad, as we all do,” Prime minister Malcolm Turnbull said on 3AW Radio as he spoke to Neil Mitchell. “It’s the end of an era … you can’t get away from the emotional response to the closure.”

The PM was quick to point out the positive aspects to the factory’s closure.

“Most of the workers have either transitioned into new employment or full-time study or have chosen to retire,” Turnbull said. “The good news is that we’ve got strong jobs growth. Y’know, 371,000 jobs created in the last year.”

Read more: Holden are ceasing production in Oz, but they’ll live on forever

While Mitchell conceded that Turnbull was right about job growths, and indeed Holden revealed this morning that 75 per cent of workers had secured new jobs, and others had gone into retirement. However, Mitchell had one very important question to ask.

“Has the government got blood on its hands here? The fact is that Holden could have survived with government money.”

Turnbull studiously avoided the question, choosing to rely on a quote from the General Motors chairman and CEO about the fate of car manufacturing: “The decision to end manufacturing in Australia reflects the perfect storm of negative influences the car industry faces, including the sustained strength of the Aussie dollar, high cost of production, small domestic market and arguably the most competitive and fragmented auto market in the world.”

Holden fans headed for the Elizabeth factory, their cars old and new a testament to the love the nation has for the makers of the iconic vehicles.

“Dads and sons drove from Tassie in 1993 Statesman to visit closing holden factory,” one person posted on Twitter, along with a photo of the car in question.

Dad and sons drove from Tassie in 1993 Statesman to visit closing Holden factory. They got RIPGMH (General Motors Holden) number plate and say it's a sad day for Australia @9NewsAdel @TheTodayShow pic.twitter.com/fzfCRqQ3Fi

Beginning in 2018, Holden cars will be manufactured overseas; while some will still make their way back to Australian shores for purchase, the quintessentially Aussie aspect of the brand will be a thing of the past.

The last Ford factory closed in October 2016, after 91 years in the industry, while Toyota’s 54-year tenure ended earlier this month.

Holden’s Elizabeth factory opened in 1958, a full 10 years after the first Holden vehicles began being manufactured in Port Melbourne, and will have the honour of seeing out the end of the company’s 69-year manufacturing history in Australia.

This week we’re reflecting on our journey, where we’ve been and where we’re headed – all thanks to our team, loyal fans and customers. pic.twitter.com/0arFW98fUQ

The last car produced by the Elizabeth factory was a red Commodore V8 sedan. Pictures of the vehicle topped with a “Last Car” sign, emerged on social media the day before the factory closed its doors.

From someone who has never owned anything other than Commodores Farewell to Holden ManufacturingAustralia- last day/ last car
no words ☹️ pic.twitter.com/3hTMxX4GDa

Will you be sad to see Holden go?