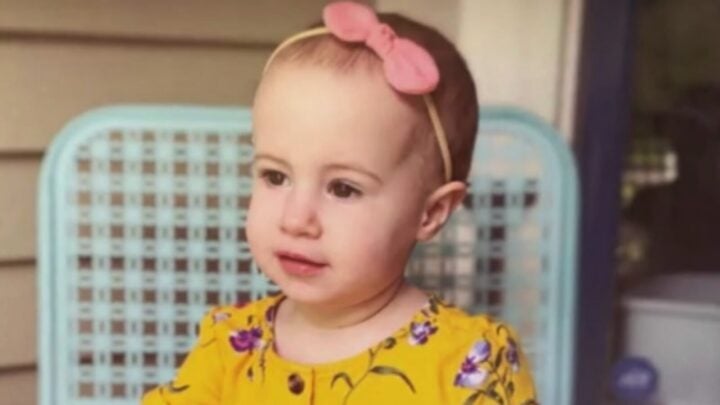 The grandfather of a toddler who tragically died after falling from a cruise ship window in Puerto Rico last year has pleaded guilty over her death — but won’t be jailed.

Eighteen-month-old Chloe Wiegand slipped from his grasp and fell about 150 feet (about 45 metres) from a cruise ship window. He allegedly placed her on a railing near a children’s play area believing there was glass behind it. The Royal Caribbean’s Freedom Of The Seas ship was docked in San Juan when Chloe fell from the 11th floor on July 7.

Salvatore ‘Sam’ Anello of Valparaiso, Indiana has now pleaded guilty to negligent homicide and will be sentenced on December 10, NBC reported. Under the plea agreement, Anello will not serve any jail time and will serve his probation in his home state.

Defence attorney Michael Winkleman said the decision “was an incredibly difficult one for Sam and the family”.

“Because the plea agreement includes no jail time and no admission of facts, it was decided the plea deal is in the best interests of the family so that they can close this horrible chapter and turn their focus to mourning Chloe and fighting for cruise passenger safety,” Winkleman said.

Speaking about the tragic incident, Chloe’s mother Kimberly told the US Today show at the time: “He was extremely hysterical. The thing that he has repeatedly told us is, ‘I believed that there was glass’. He will cry over and over and over. At no point ever, ever has Sal ever put our kids in danger.”

Chloe’s parents have remained supportive of Anello throughout, claiming he allegedly lifted Chloe up because she liked to bang on the glass. They previously released a photo of her doing the same at an ice hockey game.

Recalling the moment she first discovered the horrific news of her daughter’s death, a tearful Kimberly said on the program: “I didn’t know that she went out a window… And I just kept saying, ‘Take me to my baby. Where’s my baby?’ I didn’t even notice a window. I ran over there, and I looked over, and it wasn’t water down there, it was concrete. To lose our baby this way is just unfathomable.”