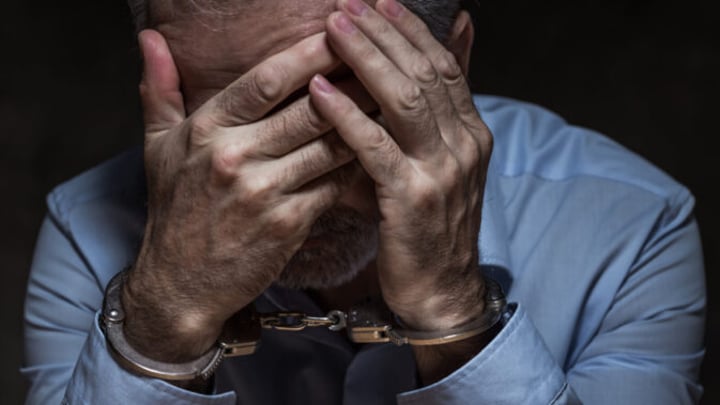 The victims of these online scams were often elderly and were facing considerable financial hardship when they committed the crime. Source: Getty Images.

An Australian Federal Police (AFP) investigation has unearthed a sinister criminal enterprise that forces older Australians into the drug trade.

According to the AFP, criminal syndicates are allegedly targeting older Australians who have fallen victim to online scams, coercing the victims into working as drug mules in order to recoup their financial losses.

The troubling trend was discovered after a series of illicit drug detections were made by the Australian Border Force (ABF) at Sydney International Airport that involved elderly and vulnerable passengers.

Since October 2021, the AFP has arrested 18 alleged drug mules upon their arrival on board international flights into Australia.

When the illicit drugs were discovered by ABF officers, some of the accused allegedly told the AFP they had been forced into the role after they became victims of online financial scams.

The AFP has identified a new trend where transnational and serious organised criminals are targeting the elderly in online scams to coerce the victims into working as drug mules to recoup their debts. https://t.co/0lR5nCWPyx

AFP Commander Kate Ferry said it came as little surprise that criminal organisations had adopted the new method for importing illicit drugs, given “criminal syndicates, by their very nature, exploit vulnerable communities and will undertake whatever tactics necessary to import drugs into our country.”

“We have unfortunately seen instances where people have not only fallen victim to classic inheritance or investment scams and lost their money, but they are then offered false hope to regain their money, some unwittingly working as drug mules for the criminal syndicate,” Ferry said.

Ferry said the victims of these online scams were often elderly and were facing considerable financial hardship when they committed the crime.

“The victims of scams are already facing significant financial hardship along with any additional emotional trauma as a result of the online scam,” she said.

“These criminals prey on the vulnerable and, at times, naive and further victimise them by banking on the fact that they will do whatever it takes to recover their funds. The consequences for these victims can be severe, including lengthy terms of imprisonment.”

ABF Commander Susan Drennan said ABF officers are noticing increased activity at the border in regard to the importation of illicit drugs.

“Our officers are highly skilled and have sophisticated technology at detecting illicit substances irrespective of how unassuming the person smuggling them may look,” Drennan said.

“Organised crime syndicates will try to evade border controls by hiding illicit drugs in a variety of ways including manipulating people to do their bidding.”

While expressing her sympathy to those who had fallen victim to the malicious practice, Drennan encouraged those who are approached by a criminal organisation to report the matter to authorities immediately.

“We understand that this is an incredibly difficult situation for this vulnerable community who have been brought into this situation but we do need to ensure the Australian community is kept safe from the importation of dangerous drugs,” Drennan said.

“I urge those in the community that are approached by criminal groups to seek the help of authorities, rather than resort to criminal activity themselves.”

“We also urge all members of the community, including the elderly, to be aware of online scams and tactics used by organised crime to coerce them into providing funds and personal information, or undertake international travel,” she said.

The Australian Competition and Consumer Commission’s (ACCC) Targeting Scams report recently found that Australians lost almost $1.8 billion to scams in 2021. However, given that one-third of victims do not report scams the ACCC estimates the loss to scams totalled over $2 billion.