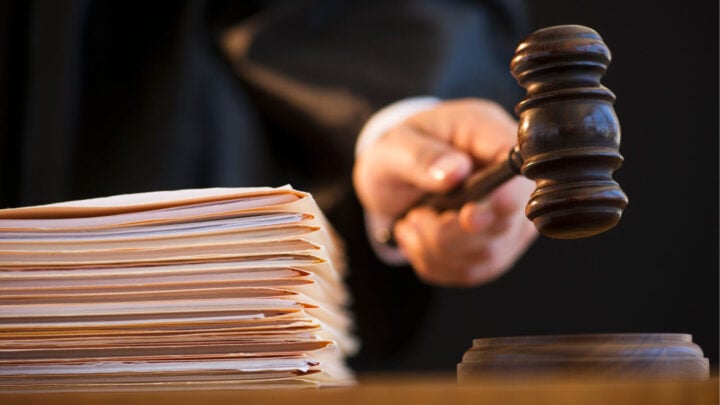 Leonard John Warwick will die behind bars after being sentenced to life in prison without parole for three murders and a string of bombings in Sydney in the 1980s, reports the ABC.

Supreme Court Justice Peter Garling handed down his judgement in the NSW Supreme Court this morning, finally bringing the case to a close more than two years after it was opened. Garling described Warwick’s actions almost four decades ago as an”attack on the very foundations of Australian democracy”.

“Each of these offences involves sophisticated planning, preparation and careful conduct,” the judge said. “They were part of a sustained attack by the offender against anyone that may be acting contrary to his interests in maintaining access to his daughter and preserving his own financial position.”

Back in July, the 73-year-old was found guilty of the shooting murder of family court judge Justice David Opas and the bomb-related murders of Justice Ray Watson’s wife, Pearl, and Jehovah’s Witness Minister Graham Wykes.

He was also found guilty of a string of other offences that took place over a five-year period, however he was found not guilty of the shooting murder of his brother-in-law.

Despite being a suspect at the time, Warwick was not arrested for his crimes until 2015. His crimes are alleged to have been motivated by a bitter family court dispute with his ex-wife Andrea Blanchard, which stretched between 1979 and 1986, over the custody of their daughter.

Judge Opas was the first family court judge to deal with the family’s case, reports The Guardian. He was shot dead after answering the door of his Woollahra home in June 1980, just after his family had sat down for dinner.

The case was then taken over by Justice Richard Gee whose home was bombed in March 1984, along with the family court registry building at Parramatta. The home of Justice Ray Watson, the third judge to make orders against Warwick, was then bombed in July of the same year, killing his wife Pearl.

His third victim was Graham Wykes, who was killed when a bomb was detonated at a Jehovah’s Witnesses hall. The blast also injured 13 other members of the congregation which had offered support to Warwick’s former wife.