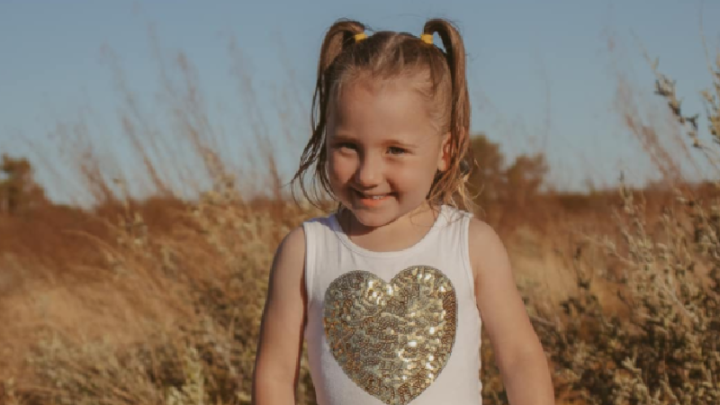 The search for missing Cleo Smith has entered its third week as CCTV footage points to a troubling development. Source: Facebook/ @EllieSmith

Western Australian Police have revealed Cleo Smith’s potential alleged abductor could have escaped from the campsite undetected as multiple escape routes that avoid CCTV cameras have been discovered in the area.

As the search for the missing four-year-old enters its third week, investigators have been mapping the area with CCTV footage and have found her alleged abductor could have left the area without being caught on camera, as reported by The West Australian.

The publication also revealed that several campers in the area and volunteers who assisted with the search had their belongings forensically tested.

“The data is collected through voluntary consent for identifying particulars,” a WA Police spokeswoman said.

The missing 4-year-old was last seen around 1.30am on Saturday, October 16 in a tent at the Blowholes Campsite. Police are operating on the theory that Cleo was allegedly abducted from the campsite after a car was spotted on CCTV leaving the area not long after Cleo went missing.

Police have appealed to the driver to come forward. So far, CCTV footage has failed to provide any further clues on the car seen leaving the campsite or its current whereabouts.

The latest developments come as the lead investigator on the missing Cleo case slammed online trolls for promoting theories that Cleo’s parents were involved in the disappearance.

“We want to make it clear — they are not suspects in this investigation. They have been helping us,” he said.

“We are in touch with them on a daily basis, keeping them updated and doing whatever we can to help them. But it is a terrible situation no one wants to be in.”

Wilde also made it clear that Cleo’s biological father was not a suspect.

“He has not had anything to do with young Cleo since she was born and he was nowhere near the area,” he said.

Cleo’s parents have strongly denied any involvement in the disappearance, calling the accusations “absolutely disgusting”.

Cleo’s mother, Ellie Smith, issued another desperate plea for her daughter’s return on social media on October 31. Describing each day without her daughter as “getting harder”.

“Today she’s missed halloween with her family -her cousins, aunties uncles nannas and pop, but most of all her parents and baby sister. She needs us and we need her,” she wrote.

“She is loved, she is happy, she loves dressing up whether it be a princess or a doctor. I just want her to come home.

“I need my baby girl home, please I beg you! If you have ANYONE acting suspicious [sic] PLEASE CALL if you’ve seen her, CALL! If you have any important information CALL! 1800 333 000.”

Cleo is approximately 110cms tall with honey blonde coloured hair and hazel eyes. She was last seen sleeping in a red and black sleeping bag and was wearing a pink/purple one-piece sleep-suit with a blue and yellow pattern.

Have you been following the recent developments in the missing Cleo Smith case?