Behind the police tape: What really goes into a missing persons investigation? 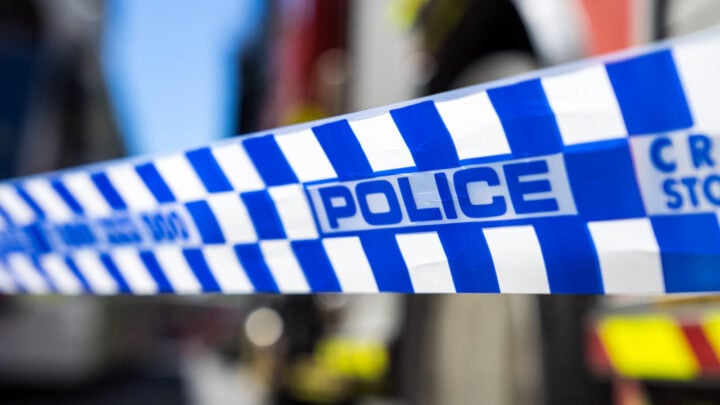 What goes into a missing persons investigation. Source: Getty Images.

High profile missing person cases such as Daniel Morcombe, William Tyrrell – and more recently, Victorian campers Russell Hill and Carol Clay – not only hold us gripped while we wait for the outcome; they also ignite in many of us a deep curiosity about what really goes on behind the highly-guarded walls of a missing persons hunt.

What are the investigative practices that help most to find a missing person and solve the case?
Why do police follow certain lines of inquiry over others?

To help lift the lid on what really goes into finding a missing person,  Starts at 60 went to an expert who’s actually been on the frontline himself:

Anthony Macklin is a former New South Wales Police Detective & Inspector, with experience in all areas of investigation including sexual assault, homicide, and armed robbery. Macklin has undertaken cold casework and still works as an investigator and expert witness in matters involving the police. Macklin spoke with Starts at 60 to provide some key insights into investigations, the collection of evidence, and how authorities go about providing answers when someone goes missing.

A race against time

Investigators are working against the clock when they step into a missing person investigation as with each passing moment the risk of the missing individual being in danger increases.  During the first day of the investigation into the disappearance of Cleo Smith, authorities moved quickly, utilising drone cameras and SES personnel to search the area where Cleo went missing. Detectives also cordoned off the family’s campsite and visited Cleo’s family home for any sign of the four-year-old. Macklin points out “the first few hours are crucial” in a missing person’s investigation.

“When dealing with children, the frail, those suffering from mental health concerns with a potential risk of self-harm or harm to others as well as those that may have been victimised, police understand they are racing against the clock,” he said.

“Every passing minute is time that individual is closer to danger if it has not already found them. In the early stages, it can be difficult to ascertain the necessary amount of accurate information from the person reporting the matter and the surrounding circumstances, as well as getting enough resources to the location so activities are undertaken concurrently to find the missing person. This becomes even more difficult when the need for those resources competes with other incidents which are occurring at the same time or are coming from a distance away.”

The attending officers will initially ask a series of questions of the person making the missing persons report in order to form a risk assessment. These questions generally include whether the person has any medical or mental health issues, if the person has gone missing before, when was the last time the person was seen, and any suspicious activity the reporting person may have noticed.

Following the initial assessment if “there appears to be low risk, police will generally try to eliminate the most obvious reasons for a person not being in contact with the person reporting”, according to Macklin.

“However, at any time when we are dealing with small children, older children who do not have a history of delinquency and running away, people with medical and mental health concerns, or someone who could have potentially been a murder or kidnapping victim, the hierarchy are informed and additional resources are put into trying to locate the person,” he revealed.

“This may be ground, air search, triangulation of a mobile phone, searching areas frequented by the person, etc. In reality, the initial information gained forms the basis for the risk assessment which creates the response from police. Not every missing person case is the same or treated with the same level of urgency.”

The gathering of evidence

Once investigators have assembled what information they can, the next step will be to gather evidence. Hypotheses on what could have potentially happened guide what investigators look for in regards to evidence. In the case of missing campers Russell Hill and Carol Clay, investigators worked on the hypothesis or theory of a possible confrontation with a third person and focused their investigation on locating a vehicle that was seen leaving the area at the time of the disappearance. The information police were able to gather then led them to the arrest of a 55-year-old Caroline Springs man who was later charged with the pair’s alleged murder. Following the arrest, police began to gather further evidence in a search of dense Victorian bushland that would support their case with the eventual discovery of human remains and jewelry which are undergoing forensic testing. Gathering evidence seems to be a process of ruling out or confirming what has occurred, with Macklin pointing out that investigators “look for evidence which supports or denies this list of hypotheses”.

“A crime scene examination will generally be taking images of the location, at times a 360 degree photographic map and image of the location, seeking of any material that may demonstrate who was at the location and when, and what they were doing there. Much of the work at the crime scene is based on the identification and gathering of physical evidence which will point to what has happened to a person or confirm or deny the version provided by witnesses and suspects.

“You would be looking for fingerprints, items that provide DNA, evidence of people coming and going, evidence of a disturbance or struggle. Evidence of how many people were at the crime scene, for instance, a unit where there are 5 empty glasses aligned with 5 seats at a six-seater dining table. Evidence of planning – hence packing of bags, computer records regarding if travel locations were searched, locations on google maps searched, google searches such as “how to disappear” or “how to dispose of a body”, yes it has happened.”

There’s been a flurry of investigative activity recently concerning the William Tyrrell disappearance, seven years after the toddler went missing. A renewed search for the child’s remains was announced when new evidence came to light. Since the announcement investigators have been working tirelessly as they recommence their investigation, search surrounding bushland, and test fresh evidence. However, with so much time having passed between the disappearance and the original investigation, what can investigators do to make any progress in a cold case and what kinds of methods and tools do investigators utilise to make headway in a historical case?

Macklin worked on cold case investigations during his time with the NSW Police and found “cold case matters differ somewhat” from a present time investigation.

“Cold case matters start back at the beginning of the investigation. Most cold case matters start with a review, both investigative and forensic. The investigative review looks for any lines of inquiry that were not followed up appropriately. They look for anything that has been missed by the original investigators,” he said. “They would then graduate to looking if there is new intelligence or information available about similar crimes since that time or information provided by the public. They would look for new ways to confirm or deny the versions provided by witnesses and suspects. They would also be seeking to look for anyone that has been caught since that time whose offence type or methodology holds similarity to the matter being investigated.”

Have you ever been curious about what really happens during a missing persons investigation?