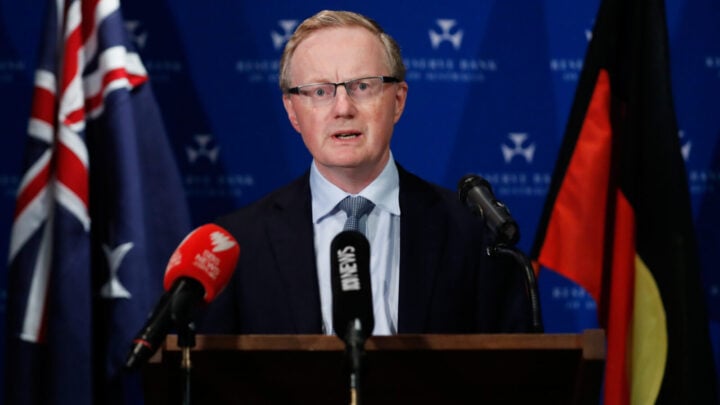 The Reserve Bank of Australia (RBA) has issued a dire warning to Australians regarding the cost of living crisis, saying Aussies should prepare for prices to continue to soar amidst ongoing and “more frequent supply shocks”.

Speech by Philip Lowe, Governor – Price Stability, the Supply Side and Prosperity – at the 2022 Annual @ceda_news Dinner – https://t.co/WKVDP3s7FA

“Life is more complicated in a world of supply shocks; an adverse supply shock increases inflation and reduces output and employment,” he said.

“Higher inflation calls for higher interest rates but lower output, and fewer jobs call for lower interest rates. It is likely that we will have to deal with this tension more frequently in the future.

“The supply side looks more challenging than it has been for many years and it is likely to play a more prominent role in inflation outcomes.”

Lowe attributed Australia’s supply issues to global events such as “COVID disruptions and Russia’s invasion of Ukraine”, and factors such as climate events, globalisation, and the global transition to green energy, warning inflation will continue to rise as a direct result.

“The Board expects to increase interest rates further over the period ahead. We are not on a pre-set path though,” he said.

“We have not ruled out returning to 50 basis point increases if that is necessary. Nor have we ruled out keeping rates unchanged for a time as we assess the state of the economy and the outlook for inflation.”

However, Lowe maintained despite the RBA taking any necessary course of action to stabilise the economy, it is the banking authority’s “priority” to ensure “that this current period of high inflation is only temporary”.

According to the Association of Superannuation Funds of Australia (ASFA), due to the rising inflation, comfortable retirement for senior Australians has risen by 1.9 per cent, as those over 65 now need to spend $68,014 per year for couples, and $48,266 for singles.

ASFA’s latest retirement standards reflect the increase seen in fruit and vegetable prices, up by 16.2 per cent, dairy products up by 12.1 per cent, imported inflation saw oils and fats up 19.3 per cent, coffee up 10.7 per cent and gas 16.6 per cent, and automotive fuel 18.0 per cent.

Data released by the Australian Bureau of Statistics (ABS) in March 2022, indicated that older Australians are already suffering the most from the rising cost of living with pensioners experiencing an annual household living cost of 4.9 per cent.

However, ASFA Deputy CEO, Glen McCrea said that Australian seniors are better off than their counterparts across the globe, saying superannuation has acted as a buffer for the rising inflation.

“We can take some solace from the fact that the investment we’ve made in superannuation over the last three decades is acting as a buffer in the face of these strong headwinds.

“Governments in Europe and the UK are actively considering raising the retirement age or slashing the amount of pension retirees receive as they struggle to deal with the global economic challenges they are facing.

“In contrast, the Age Pension remains affordable for the Government in Australia where, in aggregate, retirees on average have larger private retirement savings balances than in most countries in the world. This helps cover costs during tougher times, providing a brighter outlook for Australian retirees than is the case for their international counterparts.”