Woman, 83, thrusts JFK into MeToo movement with revelations of affair 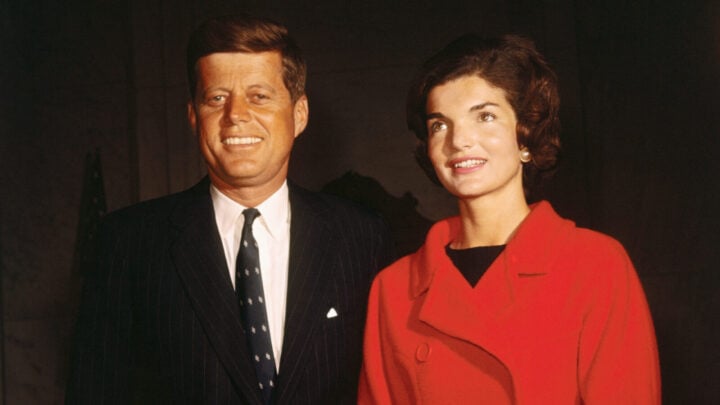 John F Kennedy is believed to have had numerous affairs during his marriage to Jackie. Source: Getty

More than 63 years after he seduced a 20-year-old student, John F Kennedy has been thrust into the #MeToo movement.

Diana de Vegh was a student at Radcliffe University in Cambridge, Massachusetts, in 1958 when she met the then Senator at a re-election campaign event in Boston. de Vegh, now 83, attended the event with a group of friends and was stunned when the future president of the United States walked over to her table and told her date, “Give me your seat, so a tired old man can sit next to a pretty girl”.

It was the beginning of an affair that would last until 1962, a year before Kennedy was assassinated in his car as he rode through the streets of Dallas, Texas. Writing about the affair in digital weekly Airmail News, de Vegh said it took her years to recover from her relationship with Kennedy and that “#MeToo has provided a specific context for needed re-evaluation”.

“I’m also writing because I am old,” she said. “Old enough that I can look candidly and with compassion at why I was so easily hooked. Why, all these decades later, for so many people, it is still an ongoing project not to get hooked by a passing supernova. Why it is still so easy for so many of us to abandon self-knowledge for the siren call of wealth and prestige.

“When I was 20, John Kennedy had all the markers of a romantic hero. But this is not a romantic story. Back then I thought it was. Was I a dope? For sure, so what? Twenty-year-olds are not supposed to be wise. Ardent and hopeful, yes, heart on sleeve for sure. Underneath, fearful, unmoored. How much I did not know.”

While she noted there were elements of their relationship that could be perceived as inappropriate given their age difference and Kennedy’s powerful position (not to mention his marriage), de Vegh conceded that hers was an age-old story and suggested that Kennedy was more a victim of his sexual urges than a predator.

“Now, in twenty-twenty hindsight, let’s pause and consider,” she said. “Let’s think about loaded words: consent, choice, abuse. Does it have to be abuse if an older man enchants a younger woman? What if this particular young woman longed to be enchanted?

“I was past the age of consent. Could it, should it, have occurred to him that at twice my age there might be a power differential?

“That at least chronologically he was a functioning adult and presumably capable of making a more thoughtful choice? That respect for his family, his religion, the honor of his position, might suggest a path of self-respect as opposed to the rut of self-indulgence? For a Great Man, he was still in the throes of the male mythology of his time: see pretty young woman, have pretty young woman.”

Describing the first night they slept together at Kennedy’s apartment in Boston, de Vegh said she was scared as she knew what sleeping with a married man could do to her own reputation.

“I knew the social cost of ‘adventure’,” she said.

“It was different then. There were consequences for young women who might stray from the accepted path.

“Nice girls didn’t have sex. If they did, trouble started with a “bad reputation” and rolled downhill from there. Choosing John Kennedy meant choosing a fast-track, super-highway exit from a desirable position in the social order to which I belonged. Forecast for the fallen: Not a nice marriage to a nice young man.”

Over the course of their affair, Kennedy moved de Vegh to Washington so they could remain close, and after his inauguration he secured a job for her at Capital Hill. She later worked for the National Security Council, serving in the Executive Office Building of the White House.

Their relationship started to falter when Kennedy realised he’d been accepting counsel from de Vegh’s father, a Hungarian economist. Worried that people would discover the link between them, he sent de Vegh to Paris and their affair ended for good. A year later, Kennedy was shot dead in Dallas.

de Vegh has previously spoken about her relationship with Kennedy in Sally Bedell Smith’s 2004 book, Grace and Power: The Private World of the Kennedy White House. de Vegh claims that she agreed to speak on condition of anonymity, which was broken.

Kennedy famously had affairs with a number of women over the course of his marriage to Jackie Kennedy, most notably with Marilyn Monroe and White House interns.

Reflecting on her time with Kennedy, de Vegh said is was both terrifying and thrilling, but that she was full of “eternal gratitude”.