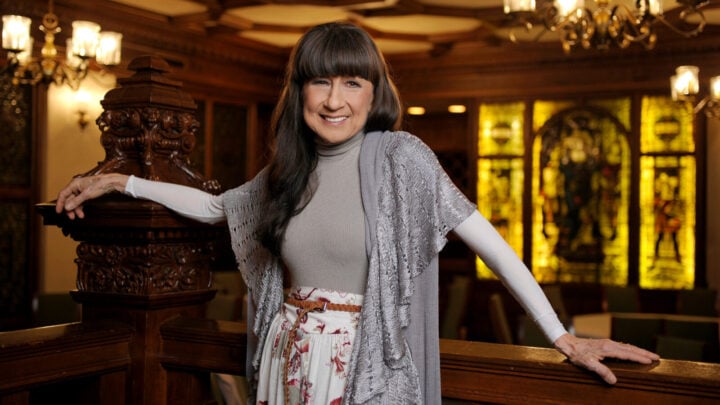 Following the passing of Judith Durham, Victorian Premier Daniel Andrews took to Twitter to confirm the news of the state funeral for a "true icon of Australian music". Source: Getty Images.

Fans of the late Seekers’ lead singer Judith Durham will be offered a chance to farewell the iconic entertainer after it was announced she would be honored with a state funeral.

Durham passed away at the age of 79 in palliative care on Friday, August 5 after suffering complications from chronic lung disease.

A statement on behalf of Durham’s former Seeker’s bandmates was released by Universal Music Group, in which the band revealed their “lives are changed forever losing our treasured lifelong friend and shining star.”

“Her struggle was intense and heroic – never complaining of her destiny and fully accepting its conclusion,” the statement read.

“Her magnificent musical legacy Keith, Bruce and I are so blessed to share.”

Following her passing, Victorian Premier Daniel Andrews took to Twitter to confirm the news of the state funeral for a “true icon of Australian music”.

“I’ve spoken with Judith Durham’s family today and I’m pleased they have accepted the offer of a State Funeral to honour the life and contribution of a true icon of Australian music,” he said.

Following Andrews’ announcement, the public were quick to congratulate Andrews on the move while conveying their thanks to the Durham family for allowing the fans an opportunity to say goodbye.

That’s wonderful. It’s very generous of them to allow all of us to share this period of mourning with them. I send my deepest and most respectful condolences on their loss.

Judith was an musical icon, but also an advocate of recognising First Nations people, as well as a spokesperson for many organisation. Absolutely deserved. I am so pleased the family have agreed to this.

Thankyou so much, Dan. Judith deserves a State Funeral. I grew up in Melbourne, listening to their music. They were the best. I’ll be watching from Sydney. Vale Judith.

How wonderful. She’s a magnificent Victorian. We need to name something after her.

Durham was born on July 3, 1943 and had early aspirations to become a pianist gaining a qualification of Associate in Music, Australia (AMusA), in classical piano at the University of Melbourne Conservatorium.

She played the piano for numerous professional engagements while undertaking classical vocal training. At the age of 18, Durham requested if she could sing with the Melbourne University Jazz Band at the Memphis Jazz Club from there she continued performing at the club with Frank Traynor’s Jazz Preachers.

The group achieved significant chart and sales success in the United Kingdom and the United States with 50 million records sold worldwide, becoming the first Australian pop music group to do so.

Some of The Seekers’ biggest hits included I’ll Never Find Another You which reached number one in the UK and Australia in 1965. The iconic Georgy Girl got number two on the Billboard charts and number one on the Cashbox charts in the United States while The Carnival Is Over remains one of the top 50 best-selling singles in the UK.

The group disbanded in 1968 after Durham left the group to pursue a solo career, although she would occasionally perform with her former band members in the years to come.

In 1995, the Seekers were inducted into the ARIA Hall of Fame and Durham was named Victorian of the Year in 2015 for services to music and charity.

The details of Durham’s state funeral are yet to be announced.