‘A national treasure’: Tributes pour in for The Seekers’ lead singer Judith Durham 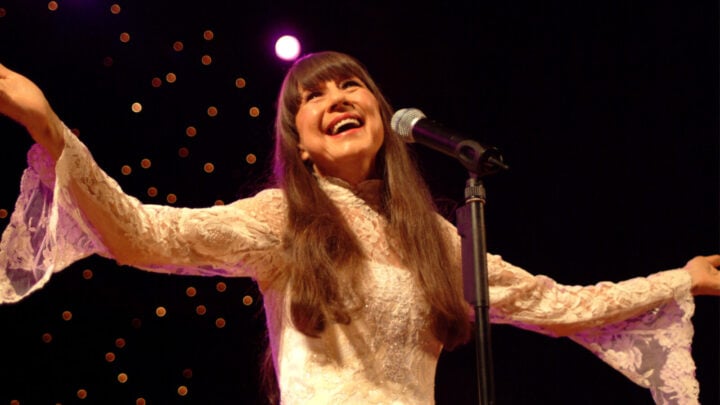 The impact Durham had on Australian music was evident given the outpouring of tributes that followed from public figures, entertainment heavyweights, and the public alike following the news of her passing. Source: Getty Images.

The Australian entertainment industry is in mourning following the loss of The Seekers’ lead singer Judith Durham, who passed away at the age of 79 on Friday, August 5.

“After a brief stay in the Alfred Hospital, Judith was admitted to Palliative Care on Friday 5 August, where she passed away peacefully that evening,” her management said.

Following the news of her death, Durham’s sister Beverley Sheehan spoke of their shared love of music.

“Judith’s joy for life, her constant optimism, creativity and generosity of spirit were always an inspiration to me,” Sheehan said.

Durham was born on July 3, 1943 and had early aspirations to become a pianist gaining a qualification of Associate in Music, Australia (AMusA), in classical piano at the University of Melbourne Conservatorium.

She played the piano for numerous professional engagements while undertaking classical vocal training. At the age of 18, Durham requested if she could sing with the Melbourne University Jazz Band at the Memphis Jazz Club from there she continued performing at the club with Frank Traynor’s Jazz Preachers.

The group achieved significant chart and sales success in the United Kingdom and the United States with 50 million records sold worldwide, becoming the first Australian pop music group to do so.

Some of The Seekers’ biggest hits included I’ll Never Find Another You which reached number one in the UK and Australia in 1965. The iconic Georgy Girl got number two on the Billboard charts and number one on the Cashbox charts in the United States while The Carnival Is Over remains one of the top 50 best-selling singles in the UK.

The group disbanded in 1968 after Durham left the group to pursue a solo career, although she would occasionally perform with her former band members in the years to come.

In 1995, the Seekers were inducted into the ARIA Hall of Fame and Durham was named Victorian of the Year in 2015 for services to music and charity.

The impact Durham had on Australian music was evident given the outpouring of tributes that followed from public figures, entertainment heavyweights, and the public alike following the news of her passing.

A statement on behalf of Durham’s former Seeker’s bandmates was released by Universal Music Group, in which the band revealed their “lives are changed forever losing our treasured lifelong friend and shining star.”

“Her struggle was intense and heroic – never complaining of her destiny and fully accepting its conclusion,” the statement read.

“Her magnificent musical legacy Keith, Bruce and I are so blessed to share.”

A national treasure and an Australian icon, Judith Durham gave voice to a new strand of our identity and helped blaze a trail for a new generation of Aussie artists.

Her kindness will be missed by many, the anthems she gave to our nation will never be forgotten.

Judith Durham was named Victorian of the Year in 2015 for her services to music and a range of charity work.

Her memory will not only live on in her numerous hit songs, but in the hearts of generations of Victorians and Australians.

Andrews later announced a state funeral would be held for Durham.

I’ve spoken with Judith Durham’s family today and I’m pleased they have accepted the offer of a State Funeral to honour the life and contribution of a true icon of Australian music.

Judith Durham was the voice of Australia for a long time. The Seekers had hit after hit record across the world. I thought they had great songs and Judith had a great voice. RIP Judith
By the way this was from the early days of the Jane Barnes Band

One of this country’s great singers has died – Judith Durham.
As part of The Seekers and as a solo performer she was superb.
Also a truly kind and generous person. pic.twitter.com/FQha9K5YP2

Magda Szubanski tweeted that Durham’s “beautiful, crystalline voice” was the “siren song of my childhood”.

Oh this is just so sad ????
Her beautiful, crystalline voice was the naive but knowing siren song of my childhood
Deepest condolences to her loved ones ????????????❤️

Further details for Durham’s state funeral are expected to be announced in the coming days.