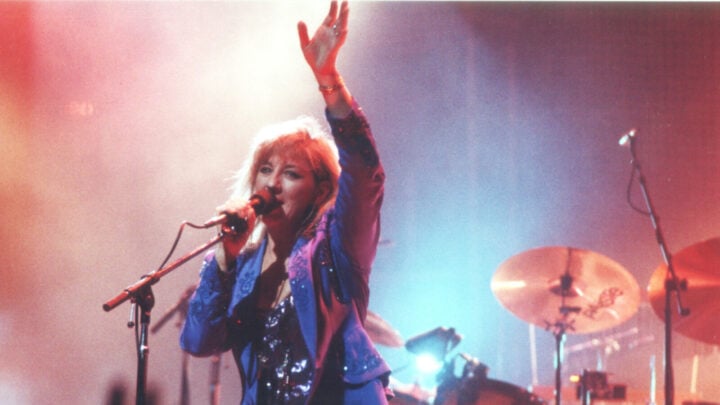 The music world have joined fans across the globe in bidding farewell to “revered musician”, Christine McVie, who passed away on Wednesday, November 30.

News of McVie’s death broke after her family announced “with a heavy heart” that the 79 year old had passed away “peacefully” in hospital.

“It is with a heavy heart we are informing you of Christine’s death. She passed away peacefully at the hospital this morning, Wednesday, November 30th 2022, following a short illness,” the family said via a statement.

“She was in the company of her family.

“We kindly ask that you respect the family’s privacy at this extremely painful time and we would like everyone to keep Christine in their hearts and remember the life of an incredible human being, and revered musician who was loved universally.”

Fleetwood Mac were quick to issue their own statement after learning of the death of their “cherished” band member and “best friend”.

“There are no words to describe our sadness at the passing of Christine McVie. She was truly one-of-a-kind, special and talented beyond measure,” the band said.

“We were so lucky to have a life with her.

“Individually and together, we cherished Christine deeply and are thankful for the amazing memories we have. She will be so very missed.”

Nicks said she wasn’t aware her friend was sick and missed the opportunity to say goodbye.

“A few hours ago I was told that my best friend in the whole world since the first day of 1975, had passed away,” Nicks wrote.

“I didn’t even know she was ill until late Saturday night.”

After she became aware that McVie was ill, the singer urgently wanted to get to her bedside and sing her a particular song, close to her heart.

“I always knew I would need these words one day. It’s all I can do now…”

Writing out the lyrics, Nicks dedicated Hallelujah by Haim, to her beloved friend.

“I had a best friend / But she has come to pass /One I wish I could see now / You always remind me / That memories will last / These arms reach out / You were there to protect me / Like a shield /Long hair running with me / Through the field… / Everywhere, / You’ve been with me all along,” the lyrics read.

Nicks signed off her emotional note with: “See you on the other side my love”.

Neil Finn, who joined Fleetwood Mac as a guitarist in 2018, expressed his gratitude to have spent time with McVie.

“I’m so sad to lose Christine McVie. She was a unique and soulful musician, supremely gifted songwriter and a warm and wonderful friend and I am so grateful to have shared some hours in her beautiful presence,” he said in a statement.

Oh no. ???? The voice of an angel. RIP #christinemcvie Forever loved. pic.twitter.com/mt4qWWkJ1Y

English rock band Duran Duran also took to Twitter to pay tribute to “one of the greatest all time songwriters”.

So so sad to hear about Christine McVie an artist I held dear and close to my heart. One of the greatest all time songwriters, singers, and band members, she radiated both purity and sass in equal measure, bringing light to the music of the 70s. RIP. – John pic.twitter.com/MkGqAD1wRV

The music community were not the only ones who felt the impact of McVie’s passing, fans of the music icon flooded social media with message of condolence for the late singer while reflecting on her incredible legacy.

So incredibly sad to hear that Christine McVie has passed away. My heart goes out to her family and friends, and especially our Stevie. May Christine rest in peace ????️???? pic.twitter.com/ggE2iSl5iQ

McVie joined Fleetwood Mac in 1970 and became an integral member of the group, providing lead vocals and becoming the band’s keyboardist.

Although the band experienced a tumultuous time in the early 1970s, with a series of members leaving and joining the group, Fleetwood Mac still enjoyed the success of their albums Bare Trees and Mystery to Me.

McVie moved to the US in 1974, alongside her band, and wrote the hit songs Over My Head and Say You Love Me for the band’s 1975 album, Fleetwood Mac. Both songs reached Billboard’s top 20, with Over My Head being played regularly on American radio.

In 1976, McVie wrote You Make Loving Fun for the band’s highly successful Rumours album, which became the best selling album of all time. She also penned Don’t Stop which reached number three on the charts and the highly popular Songbird.

After continued success with Fleetwood Mac and enjoying success in her solo career, McVie was inducted into the Rock and Roll Hall of Fame in 1998 alongside her fellow bandmates.

The same year, McVie announced her retirement from Fleetwood Mac but delighted fans when she re-joined the band in 2014 for the On with the Show tour.