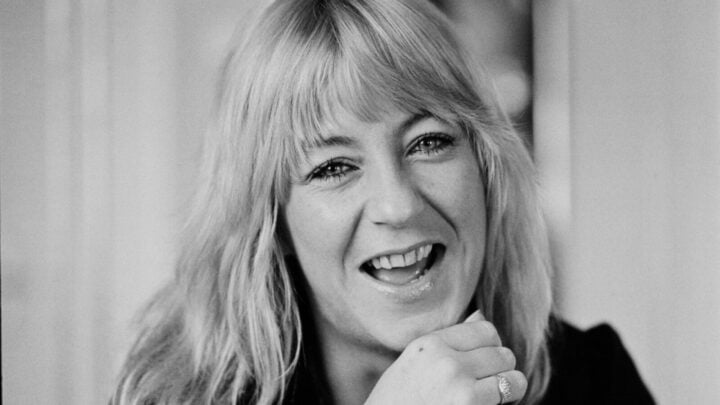 The music community have joined fans in mourning the passing of “revered musician”, Christine McVie, who passed away on Wednesday, November 30 at the age of 79.

McVie’s family issued a statement to social media announcing “with a heavy heart” that the 79 year old had passed away “peacefully” in hospital.

“It is with a heavy heart we are informing you of Christine’s death. She passed away peacefully at the hospital this morning, Wednesday, November 30th 2022, following a short illness,” the statement read.

“She was in the company of her family.

“We kindly ask that you respect the family’s privacy at this extremely painful time and we would like everyone to keep Christine in their hearts and remember the life of an incredible human being, and revered musician who was loved universally.”

Fleetwood Mac issued their own announcement following the passing of their “cherished” band member and “best friend”.

“There are no words to describe our sadness at the passing of Christine McVie. She was truly one-of-a-kind, special and talented beyond measure,” the band said.

“We were so lucky to have a life with her.

“Individually and together, we cherished Christine deeply and are thankful for the amazing memories we have. She will be so very missed.”

Born July 12, 1943 in Lancashire, McVie took an interest in music at an early age when she began studying music at 11 years old when she was introduced to it through a family friend.

She continued her classical music training until the age of 15 when she shifted her focus to rock and roll.

The band eventually broke up but years later, McVie learned that ex-bandmates were forming a new blues band called Chicken Shack which she asked to join. McVie’s request was accepted and she played keyboards/piano and sang background vocals.

While touring with Chicken Shack, McVie would often run into Fleetwood Mac and was eventually asked to play piano as a session musician for Peter Green’s songs for band’s second album, Mr. Wonderful.

After marrying the band’s bass guitarist, John McVie, she joined Fleetwood Mac in 1970 and became an integral member of the group, providing lead vocals and becoming the band’s keyboardist.

Although the band experienced a tumultuous time in the early 1970s, with a series of members leaving and joining the group, Fleetwood Mac still enjoyed the success of their albums Bare Trees and Mystery to Me.

McVie moved to the US in 1974, alongside her band, and wrote the hit songs Over My Head and Say You Love Me for the band’s 1975 album, Fleetwood Mac. Both songs reached Billboard’s top 20, with Over My Head being played regularly on American radio.

In 1976, McVie wrote You Make Loving Fun for the band’s highly successful Rumours album, which became the best selling album of all time. She also penned Don’t Stop which reached number three on the charts and the highly popular Songbird.

After continued success with Fleetwood Mac and enjoying success in her solo career, McVie was inducted into the Rock and Roll Hall of Fame in 1998 alongside her fellow bandmates.

The same year, McVie announced her retirement from Fleetwood Mac but delighted fans when she re-joined the band in 2014 for the On with the Show tour.

After news broke of McVie’s passing, fans of the music icon flooded social media with message of condolence for the late singer while reflecting on her incredible legacy.

Christine McVie just passed away. If this is how we’re rolling into 2023, I don’t want it. RIP to one of the most amazingly gifted musicians the world will ever know. ❤️???????? pic.twitter.com/aSvimEcRkJ

So incredibly sad to hear that Christine McVie has passed away. My heart goes out to her family and friends, and especially our Stevie. May Christine rest in peace ????️???? pic.twitter.com/ggE2iSl5iQ

You don’t have to have gone through a breakup to understand Fleetwood Mac’s Rumours.
But it helps.
Rest in peace, Christine McVie. pic.twitter.com/IFBcKRIhIw

Christine McVie was an inspiration. She spent a career moving between genres, mixing bluesy vocals with massive pop hooks and rock with balladry. She found room in a gigantic, tumultuous rock band to deliver a poetic, empathetic and sophisticated point of view. A legend. pic.twitter.com/8LDUX9btVF