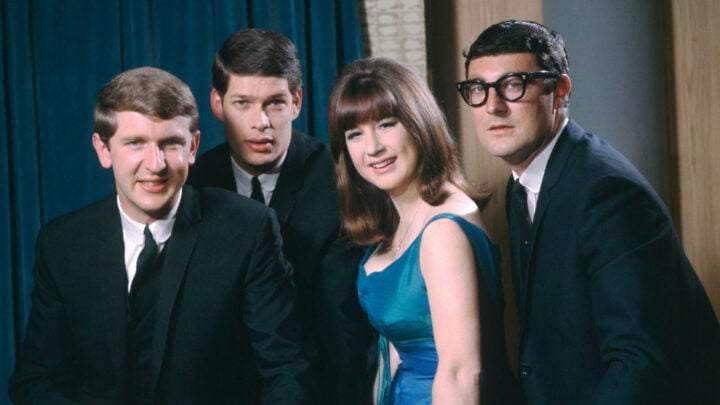 In celebration of 60 years together, Australia’s first ‘supergroup’, The Seekers have released a new album to not only commemorate the impressive milestone but also in honour of the late Judith Durham.

The release of their album, titled Carry Me, will include a collection of The Seekers’ greatest hits across the 3 CDs and feature the band’s final studio recording and title track.

In a statement to the iconic band’s website, the album is “intended as a celebration” following “Judith’s passing”.

“Since that consequential December evening in 1962, The Seekers enjoyed a career most musicians could only dream of: They reached No. 1 on the UK charts with their first three singles; the first Australian group to reach No. 1 in USA with Georgy Girl (nominated for an Academy Award as Best Original Song), and in 1965, their third single The Carnival Is Over outsold everyone including The Beatles and The Rolling Stones.

“It is ranked No. 6 in the Top 20 best-selling singles of the 60s on the Official UK Chart. They were jointly and severally named ‘Australians of The Year 1967’. They were the only concert artists to ever draw a crowd of more than 200,000 people to a concert in the southern hemisphere, and they received a record-breaking TV rating for their 1967 TV spectacular ‘The Seekers Down Under’.”

The album will mark the band’s first since the passing of Durham on Friday, August 5 this year.

The Australian entertainment industry was left in a state of mourning following the loss of The Seekers’ lead singer.

Durham died in palliative care at the age of 79 after suffering complications from chronic lung disease.

“After a brief stay in the Alfred Hospital, Judith was admitted to Palliative Care on Friday 5 August, where she passed away peacefully that evening,” her management said.

Following the news of her death, Durham’s sister Beverley Sheehan spoke of their shared love of music.

“Judith’s joy for life, her constant optimism, creativity and generosity of spirit were always an inspiration to me,” Sheehan said.

Fans of Durham were offered the chance to farewell the iconic entertainer and pay tribute to the late singer’s “magnificent” contribution to music after a state memorial was held in her honour.

A brand new song ‘Carry Me’ from The Seekers to close tonight’s Judith Durham State Memorial. Her voice, so angelic, a beautiful tribute. Our national treasure. Rest In Peace Judith. pic.twitter.com/eSydBZ3Zog

“Judith faced death as she faced everything: with calm and strength,” he said.

“Divine singer, voice of a generation and faultlessly generous soul, we will miss you, but we are so proud of you.”