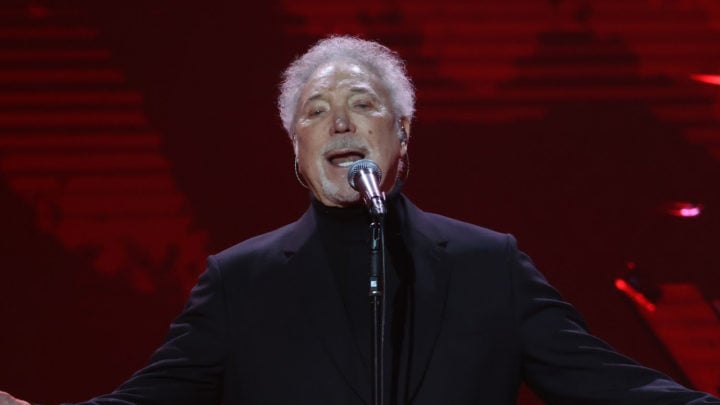 Sir Tom Jones reached his milestone 80th birthday last week, but the music icon said retirement is far from his mind, and he has no plans on slowing down any time soon.

You’d think after years of performing to crowds of thousands, the ‘It’s Not Unusual’ singer would want to put his feet up and relax, but in speaking to The Mirror this week, Jones said he simply doesn’t want to stop. The performer claimed while he still has his voice, there’s no point in putting his music career behind him.

“I like birthdays. People say, ‘what is it like growing old?’ but I say ‘what is the alternative?’,” he told The Mirror during the exclusive chat. “I don’t mind growing old as the memories are tremendous, I don’t want to stop as God has been good to me and my voice is still there. I want to do it as long as there is a breath in my body.”

His comments come days after he celebrated his birthday. On June 7, Jones turned 80, and he used the celebration to pay tribute to his late wife Linda. During a BBC Radio 2 documentary to mark the milestone birthday, the ‘Sex Bomb; singer revealed that he met his future wife when they were playing marbles as teenagers.

“I remember her playing marbles and I thought, ‘my God, what great lets she’s got’,” the Welsh icon recalled. “And then she stood up and she was as pretty in the face as her legs were.”

He continued: “Then we started playing kiss-chase. I felt different when I kissed her, and she felt the same way. We started dancing together when we were 15. She would look great. She was the best looking girl around there and we got together. It was magic.”

Tom married Linda at the age of 17 and the pair stayed together for 59 years until she sadly died of lung cancer in 2016. “The more I think about it, it was destiny that she happened to be born around the corner,” he added.

Another added: “Diamonds are forever and so is the legend that is Sir Tom Jones. So many classic songs and still proving to this day that he’s one of the all-time vocalists. #TomJonesAt80.”

While a third wrote: “Sir Tom Jones 80th birthday this weekend. What a life he’s had! From a small Welsh town to international superstar to one of Las Vegas’ more enduring star attractions. Here with his friend Elvis at the Flamingo Hotel in June 1969.”

Are you a fan of Tom Jones? What is your favourite song of his?