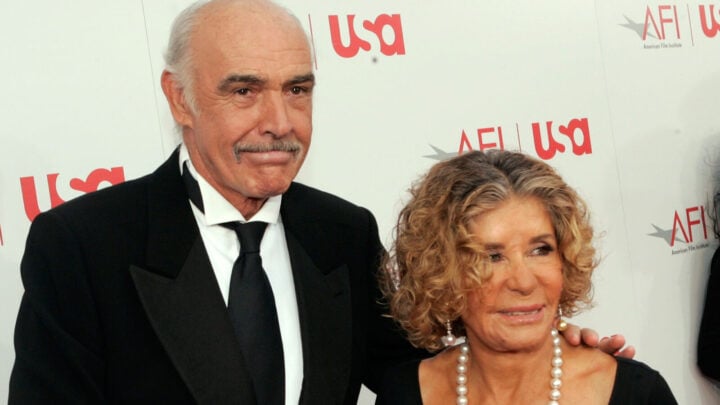 James Bond star Sean Connery passed away over the weekend at the age of 90, triggering an outpouring of grief around the world for the cinema icon. Now his wife of almost 50 years has opened up on her husband’s passing, revealing he had been living with dementia.

Micheline Roquebrune, who married the Scottish actor in 1975, told the Mail on Sunday that the Goldfinger legend “got his final wish to slip away without any fuss” after struggling with dementia.

“It was no life for him,” Roquebrune said. “It took its toll on him. He was not able to express himself latterly.”

She added: “At least he died in his sleep and it was just so peaceful. I was with him all the time and he just slipped away. It was what he wanted.”

Sir Sean, who lived in the Bahamas, died peacefully in his sleep after “being unwell for some time”, his son Jason Connery told the BBC. Jason, whom Connery shared with his first wife Diane Cilento, said his father “had many of his family who could be in the Bahamas around him” when he died overnight in Nassau.

“We are all working at understanding this huge event as it only happened so recently, even though my dad has been unwell for some time,” Jason said.

“A sad day for all who knew and loved my dad and a sad loss for all people around the world who enjoyed the wonderful gift he had as an actor.”

Sir Sean was born in Edinburgh, Scotland, in 1930. The movie legend, whose career spanned decades, was best known for his portrayal of suave secret agent James Bond. He played the secret agent in seven films from 1962 to 1983, including Dr No, From Russia With Love, Goldfinger, Thunderball, You Only Live Twice, Diamonds Are Forever and Never Say Never Again.

His other films included The Untouchables, The Hunt for Red October and Indiana Jones and the Last Crusade.

Are any of your loved ones living with dementia?