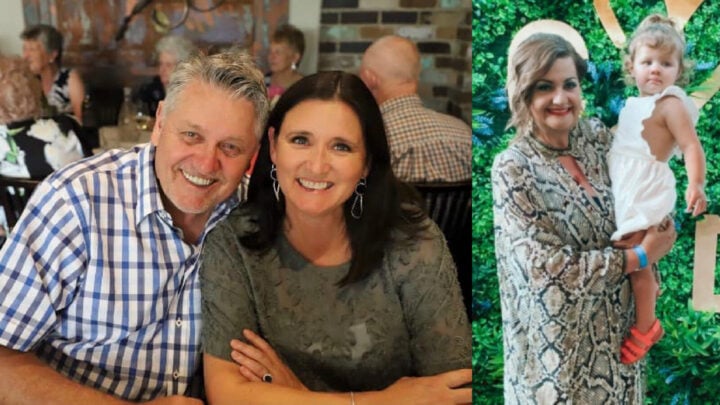 Staying friends with a former partner can be a challenge for some, especially when you add kids into the equation, but it doesn’t seem to be a problem for radio jockey Ray Hadley, who’s invited his first wife to watch him say ‘I do’ to his third wife on Saturday. Sound like a nightmare? Not for these three!

Hadley told fellow 2GB radio host Ben Fordham on Friday morning his fiancée Sophie Baird, who’s also his personal assistant, invited his first wife Anne Marie Hadley, with whom he shares two children and three grandchildren, because it was the right thing to do.

He then went on to say how well Sophie gets along with his family, especially his children.

“The thing that she [Sophie] has done most of all, is cement my relationship with my children, which is a strange thing that someone who is not the mother of those children can do what she’s done,” Ray revealed.

The couple, who have worked together for nearly 18 years, began dating in early 2018, before Ray popped the question at the end of 2019. Ray and Sophie originally planned for a June 2020 wedding, but those plans were postponed due to Covid-19.

Speaking to The Daily Telegraph in 2019, Ray shared the details of the romantic proposal, with Sophie admitting that he caught her completely by surprise with his offer of marriage.

“It was about four o’clock in the afternoon and I was about to head off to call the rugby league grand final,” Ray told the news outlet. “Sophie wasn’t coming, and I said to her ‘Are you happy?’ and she said ‘Yeah, I’m really happy’ and then I said ‘Well do you want to get married?’”

“She’s changed my life.”
Congratulations Ray and Sophie on their engagement! ????????

Posted by The Ray Hadley Morning Show on Saturday, November 16, 2019

“Congratulations Ray & Sophie on your engagement. Wish both of you every happiness,” one person commented. Another wrote: “Congratulations Ray and Sophie, hope you have many, many years of happiness together. So lovely to see marriage is still important to some people.”

Would you invite an ex to a wedding?