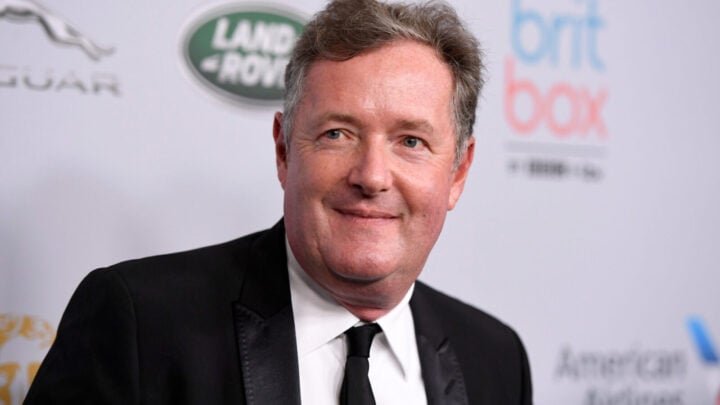 Controversial British broadcaster Piers Morgan has quit his top-rating breakfast show in the UK, after a significant backlash over comments he made about Harry and Meghan’s tell-interview with Oprah Winfrey. Morgan has been in the hot seat at ITV’s Good Morning Britain for the past six years.

The network announced the news in a short statement on Tuesday (local time), saying, “Following discussions with ITV, Piers Morgan has decided now is the time to leave Good Morning Britain. ITV has accepted this decision and has nothing further to add.”

It comes after Morgan, who’s made it pretty clear in the past that he’s not the Sussexes biggest fan, got into a heated row with fellow anchor Alex Beresford after he said he “didn’t believe a word” of Meghan’s explosive claims, one of which pointed to the fact that the 39-year-old duchess was considering suicide during her time as a working royal.

“Who did you go to?” Morgan said at the time. “What did they say to you? I’m sorry, I don’t believe a word she said, Meghan Markle. I wouldn’t believe it if she read me a weather report.”

However, Beresford later accused the outspoken broadcaster of continuing to “trash” Meghan, which then led to Morgan storming off set and Beresford branding his behaviour “pathetic” and “diabolical”.

So @alexberesfordTV defends Meghan on @gmb and criticises @piersmorgan for what he’d said about Meghan’s mental health.
Piers walks off the set.
Surely Piers knows if you give it, you gotta be able to take it?pic.twitter.com/gmoNjMxiQy

According to ITV, British media watchdog Ofcom received more than 41,000 complaints on Monday following Morgan’s remarks berating the expectant mother, and are now launching an investigation into the matter.

Viewers have taken to social media to call out the broadcaster, with Twitter user @NikCandlestick writing, “What Piers Morgan did to his former friend Meghan Markle was the equivalent of cyber-bullying – to someone who was clearly suicidal. So watching his own show shame him today, force him to walk off, and then accept his resignation is just beautiful.”

However, other viewers have come to Morgan’s defence, with @carragher62 commenting, “Stay strong Piers … you are so in the right in everything you have said about Markle.”

Meanwhile, Morgan has since broken his silence on the whole ordeal, writing on Twitter, “Thinking of my late, great manager John Ferriter tonight. He’d have told me to do exactly the same thing. @GMB #TrustYourGut.”

Morgan’s shock resignation comes just a few hours after the 55-year-old spoke to Meghan’s estranged father Thomas Markle, who said he felt “let down” by his daughter and her “snotty” husband. “I was in a hospital bed the last time we talked,” he said. “They didn’t care if I died. I never heard from them again.”

‘She’s pretty much ghosted all of her family on both sides.’

Thomas Markle says Meghan isolated herself from her family and left no one to reach out to.

He talks about how upset he was hearing Meghan has suicidal thoughts. pic.twitter.com/nrjzgNCWDN

Read a recap of the Duke and Duchess of Sussex’s interview with Oprah here.

What are your thoughts on this? Do you think Piers Morgan's comments went too far?