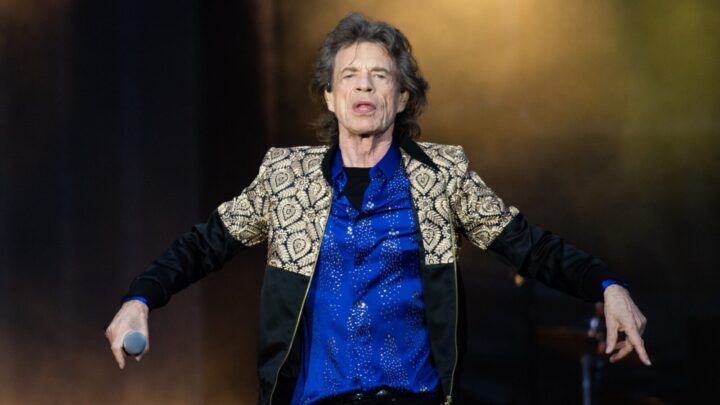 At the age of 78, the joys of rearing small children are usually far behind most of us, as we settle into the less-hectic pleasures of being a retiree and doting grandparent. Not so, however, for Rolling Stones frontman Mick Jagger.

The rocker’s youngest son, Deveraux Octavian Basil, turned five on December 8, and his proud mother, former American Ballet Theatre dancer Melanie Hamrick, shared two rare photos on Instagram to celebrate the happy milestone, with a sweet message filled with emojis such as dinosaurs, stars and a cake. “HAPPY BIRTHDAY to our Wonderful Beautiful Boy Devi!!!!!!!!!! The big 5,” she wrote.

As the adorable photos show, little Deveraux is a chip off the old block. In the first image, he’s a regular jumpin’ jack flash as he leaps in the air for joy, grinning from ear to ear, with his arms pointed to the sky in a pose eerily reminiscent of his legendary dad when he’s strutting his stuff on stage.

A second shot reveals the birthday boy in a more sombre mood, displaying his dad’s famous pout as he cools himself with a white-and-gold fan while dressed in a dapper suit adorned with a white rose corsage that adorably dwarfs his tiny frame.

Jagger has been with Hamrick, 34, for seven years, and the couple welcomed Deveraux to the world in 2016.

Back in September, 2021, Hamrick shared a striking black-and-white portrait of Deveraux, which again had people marvelling over his uncanny resemblance to his famous dad.

Can you see the resemblance between Jagger and his youngest son?