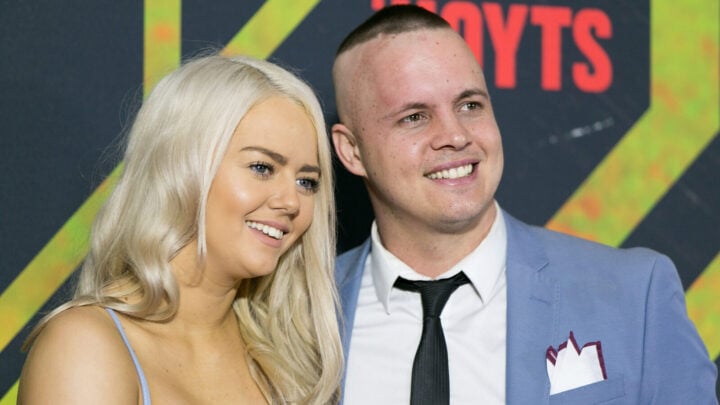 Tahnee was unfortunately unable to attend the lunch on Sunday. She and Johnny have been a couple since 2015. Source: Getty

Cancer-stricken former Home And Away star Johnny Ruffo reunited with friend and former co-star Lynne McGranger on Sunday, sharing a heartwarming post of the catch up on social media.

The popular actor and former X-Factor singer took to Instagram to share a photo of the smiling pair with the sweet caption, “Always a pleasure catching up with this beautiful lady.”

Johnny’s girlfriend Tahnee Sims was unable to make the lunch date, but she added the comment: “Besties”.

Fans were quick to show their love of the post, with @clairesav_ commenting, “Two of the best xox”. While @mattdapp2wrote, “Johnny … hope you will feel better soon and hope that someone up there is looking down on you and beat this cancer, and keep up the great work and all the best.” And @threeplusacroweater said, “I so wish Chris [Johnny’s character] would come back to visit Irene in Summer Bay! Such great chemistry and friendship on and off screen. Rooting for you, Johnny.”

Lynne (who plays Irene Roberts on the long-running soap) took to Instagram herself to say that Tahnee had been “missed” and share her own photo with the caption “lunch with these muppets”. Also in attendance was Lynne’s partner Paul McWaters.

Fans praised Lynne for the “beautiful” photo, with Tahnee commenting “Aww” and @rellie_aka_julianne saying “Good to see Johnny out and about.” While @wadeyzoe said, “Miss u Johnny on home & away.”

Although Johnny left the soap in September 2016, he has maintained a firm friendship with Lynne, who was one of the first people to offer her support and love to the 32-year-old when he announced the tragic news in late November last year that his brain cancer had returned – after being in remission for about a year.

“After an unexpected week of seizures and excruciating headaches, it is with a heavy heart that I have to let you know I now have another huge battle ahead of me as my brain cancer has returned,” he wrote at the time. “Though I will dig deep and beat this s**t disease again.”

Do you have a message of support for Johnny?