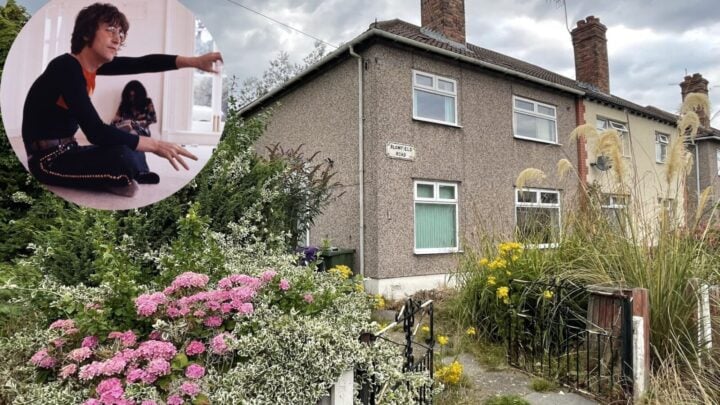 John Lennon’s family home, where the Beatles frontman regularly practiced with fellow band member, Paul McCartney, has been sold at auction with only lucky Beatles superfan snatching up the piece of music history.

Lennon’s mother Julia, her partner John ‘Bobby’ Dykins and Lennon’s sisters Julia and Jackie lived in the three-bedroom, semi-detached home from 1950 to 1958.

Whilst Lennon didn’t live in the family home, living with his Aunt Mimi instead, he was a regular visitor at the Blomfield residence where his first band The Quarrymen would regularly practice.

A statement from the auction house said the home “played an important role in John (and Paul’s) development, being a place they could both escape to and practice without fear of complaints from neighbours or aunt Mimi”.

“The property is thought to include some original features including doors, cupboards and fittings which would have been there when Julia Lennon and her family were living at the property,” the statement continued.

“We used to skive off school, buy ten Woodbines and a bag of chips then go to Julia’s house. She always let us in,” Griffiths said.

The family home is where the teenage Lennon found out his mother had died when he opened the door to a police officer who broke the news that she’d been killed in a road accident.

According to the Daily Mail, auctioneer Paul Fairweather said there was global interest in the house which had “huge historical importance”.

“We’re very pleased with the final selling price and are excited to see what plans the new owner has for the house,” Fairweather said.

Harrison and his family moved into the pebble-dash property in Liverpool in 1950, when the future music legend was just 6 years old.

According to the auction house, owning the house provides “a truly unique opportunity” as the property “played an important part in helping The Beatles flourish”.

“Whether you want to live here yourself or be able to share the space with fellow fans this represents an excellent investment opportunity,” the listing says.

Omega Auctions notes the house “has undergone a complete renovation” but some original elements of the dwelling remain for die-hard fans to enjoy.

“A number of original features from George’s time at the property still remain and include the bath, sink, some original doors, hanging rails in wardrobes and outbuildings complete with original doors and decor,” the auction house says.

“In addition to this, the vendor will also be including a large kitchen dresser unit that was found in the outbuildings and would have originally been in the kitchen when George and his family lived there.”